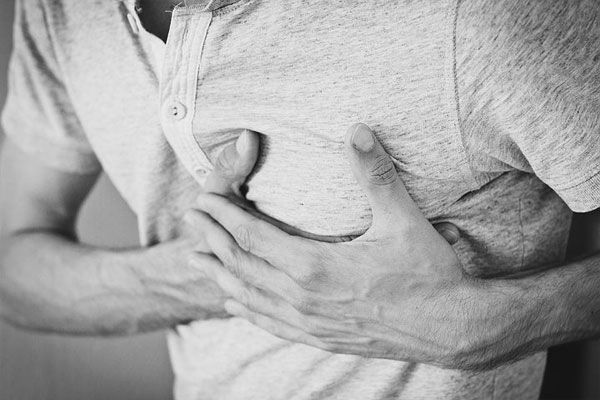 Hyderabad: A team of scientists at the CSIR-Centre for Cellular and Molecular Biology (CCMB), Hyderabad have found novel genetic mutations that are responsible for causing dilated cardiomyopathy among Indians.

The team led by Dr K. Thangaraj found novel genetic mutations in the beta myosin heavy chain gene (I-MYH7), as per the findings published in the Canadian Journal of Cardiology – Open.

The mortality rate due to cardiovascular diseases is very high in India, compared to western countries. In severe cardiomyopathy, one of the cardiovascular diseases, heart failures are common. Cardiomyopathy changes the integral structure of the heart muscle, and as a result, the heart is unable to pump blood efficiently. This increases the risk of heart failure leading to sudden cardiac death.

The I-MYH7 is one of the major genes implicated in cardiac diseases globally. “However, not many genetic studies were carried out in Indian cardiomyopathy patients. Hence, we sequenced I-MYH7 gene of 137 dilated cardiomyopathy patients along with 167 ethnically matched healthy controls to identify the mutation(s), if any, that are associated with dilated cardiomyopathy in Indian patients,” said Dr Thangaraj, senior author of this study, and presently Director, Centre for DNA Fingerprinting and Diagnostics (CDFD).

“Our study revealed 27 variations, of which 7 mutations (8 per cent) were novel, and were detected exclusively in Indian dilated cardiomyopathy patients. These included 4 missense mutations; each altered evolutionarily conserved amino acids in the I-MYH7 protein, and were predicted to be pathogenic by bioinformatics tools. Subsequent study using homology models of I-MYH7, we for first time demonstrated how these mutations uniquely disrupt a critical network of non-bonding interactions at the molecular level, and may contribute to the development of disease phenotype,” said Dr Deepa Selvi Rani, the lead author of this study.

Each protein molecule is made up of specific amino acids. Various interactions between the amino acid residues drive the 3D structure of the protein, which determines its function. One amino acid change at a critical site can change a protein structure dramatically and lead to disease pathogenicity.

“This study can help in developing gene editing methods that may rescue cardiac contractility of failing hearts among Indians with the novel mutations,” CCMB Director Dr Vinay Kumar Nandicoori said.