Superstition! Sorcerer recites mantras to save woman cop from snakebite 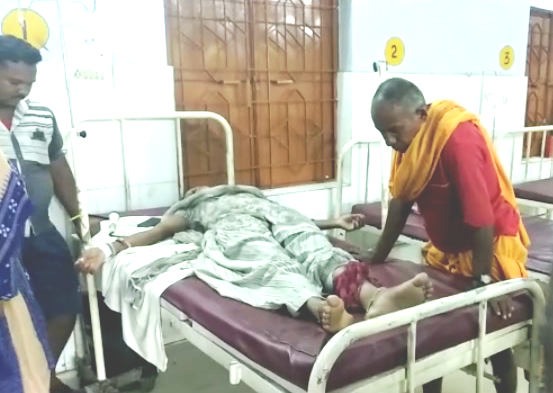 Angul/Balasore: Superstition still reigns supreme over science in many parts of the State as mantras were chanted by a sorcerer at a state-run hospital to save a woman cop undergoing treatment following snakebite.

The incident has come to fore at Chhendipada Community Health Centre (CHC) in Angul district today.

The woman, who is a police constable, was admitted to the hospital following a snakebite. Though she was undergoing treatment at the hospital, her family members called up a sorcerer, Chandra Nayak, of Jambunali village to save her life. The sorcerer recited Mantras in her ears and performed other spiritual practices on her. However, the constable was later shifted to Angul district headquarters hospital (DHH) after her condition worsened further.

In a similar incident, family members of one Siddheswar Jena (47), who died undergoing treatment following snakebite at GK Bhattar Government hospital in Jaleswar of Balasore district, sough the help of a sorcerer to bring him to life.

Jena, a resident of Mahisamunda village under Gopinathpur Panchayat, was bitten by a venomous snake in his farm land last night and was admitted to the hospital in critical condition. After he died while undergoing treatment, his family and relatives called up a sorcerer to save his life.

However, no official of the hospital was available to comment on the matter.

Angulbalasoremantras recited to save woman

Odisha: Here’re the trains cancelled due to rail roko at Deogaon Railway station