ENTERTAINMENT
By Chinmayee Dash On Apr 23, 2017 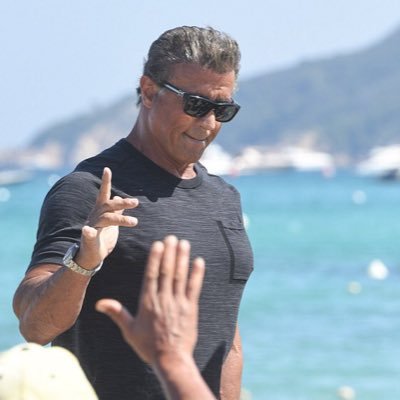 Action star Sylvester Stallone, also a father, has become a “baby guru” to his “The Expendables” co-star Jason Statham.

Statham is expecting his first child with fiancée and model-actress Rosie Huntington-Whiteley.

And during Stallone’s frequent visits to the star pair’s Beverly Hills mansion “the chat always seems to be parenthood”, a source told mirror.co.uk.

“It’s not a sight you expect — two action heroes talking about nappy duty over a beer in the back garden. Rosie and Jason are so fond of Stallone and he’s like their baby guru.”

“He has said 1,000 times he’d love to babysit their child. They’d take him up on it too. He’s one of the few people they’d feel comfortable leaving their baby with.”

The insider said the “Rocky” star, 70, gave Statham, 49, some stern advice for if the baby is a girl.

Stallone has always been very strict about the dating plans of his three daughters, aged 14 to 20 — and once admitted hoping they wouldn’t have boyfriends till their 40s.

The source added: “He’s warned Jason how hard it is to be a dad to girls. So, it’s not only advice on new-borns but teens too.”

“If Jason has a snag with raising his baby, he’ll probably call Sly before he Googles it.”