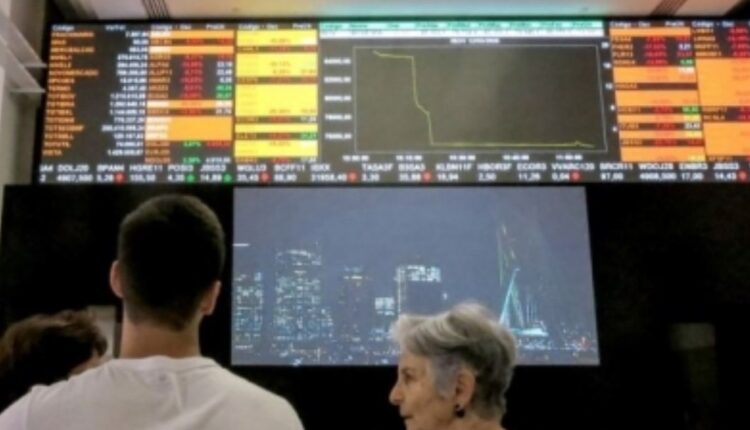 London: Fears about rising prices and slowing economies have spread to the UK and European stock markets following sharp falls in the US and Asia, BBC reported.

The FTSE 100 index of leading companies sank 2.5 per cent on Thursday while the main stock markets in France and Germany saw similar declines.

On Wednesday, US shares recorded their biggest one-day drop since the early days of the Covid pandemic in 2020.

Markets were spooked by gloomy forecasts from major US retailers.

Countries are also grappling with steep rise in inflation — the UK’s reached a 40-year high of 9 per cent in April — and there are concerns that some economies are heading for a slowdown as interest rates are increased in an attempt to counter price rise.

“A red wall of worry has built up across financial markets with investors increasingly nervous that economies are set to career into recession,” said Susannah Streeter, senior investment and markets analyst at Hargreaves Lansdown, BBC reported.

That came after the S&P 500 index in the US, which tracks shares of a wide swath of America’s biggest companies, plunged more than 4 per cent on Wednesday and the Dow Jones Industrial Average dropped 3.5 per cent.

The tech-heavy Nasdaq fell 4.7 per cent. The falls added to weeks of declines on US financial markets.

Bitcoin falls below $18K, Ethereum down 80% in freezing…