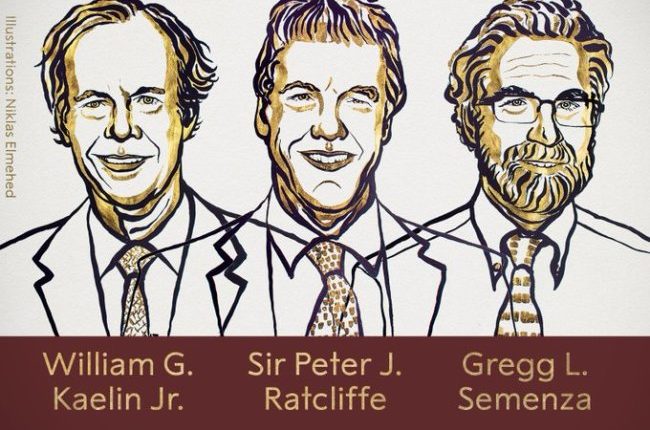 As per a release issued by the Nobel Assembly at Karolinska Institute, the three scientists have been awarded the prize for discovering how cells sense and adapt to oxygen levels.

They identified molecular machinery that regulates the activity of genes in response to varying levels of oxygen.

The trio established the basis for understanding of how oxygen levels affect cellular metabolism and physiological function. Their discoveries have also paved the way for promising new strategies to fight anemia, cancer and many other diseases, the release added.

Kaelin, born in New York in 1957, is a specialist in internal medicine and oncology.

All you need to know about Nobel laureate Abhijit Banerjee

Nobel Prize in Chemistry awarded for development of…

Semenza, born in 1955 and also a New Yorker, is a paediatrician.

And Ratcliffe was born in Lancashire in 1954, and is an expert in nephrology, a medicine specialising in kidneys.

The announcement in Medicine kicks off this year’s prestigious awards, which will be followed in the coming days by prizes in Physics, Chemistry, Literature, Peace and Economics.

This edition will see two prizes in Literature being announced as an exception, as last year’s were postponed owing to allegations of sexual abuse within the Swedish Academy.

The awards will be presented on December 10, the anniversary of the death of its founder Alfred Nobel, in a double ceremony at the Konserthus in Stockholm and Oslo City Hall, for the Peace Prize.

All prizes include a cash prize, which this year amounts to 9 million Swedish kronor ($912,000).