From BB Ki Vines To CarryMinati, These Are The Top 10 YouTubers In India 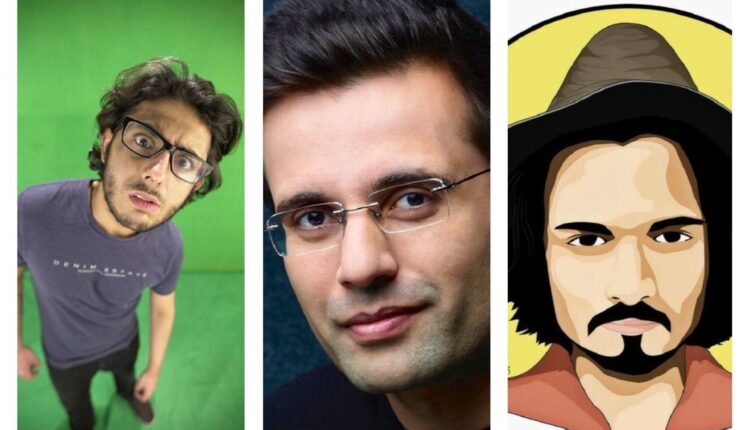 In the last few years, the way YouTube has grown in India is commendable. However, the growth has not only been for YouTube, but also for its creators. We have seen teenagers becoming sensations, and housewives becoming master chefs on the video platform. Some have even got a chance in Bollywood after a successful career on YouTube.

With an estimated 271 million users in India, YouTube has become the go-to entertainment platform of every Indian household. From travel videos to cooking recipes and DIY hacks to your favourite music – YouTube has it all at just the click of a button.

We’ve curated a list of India’s top 10 popular and most subscribed YouTubers and interesting trivia about their journey to the sky-high club. 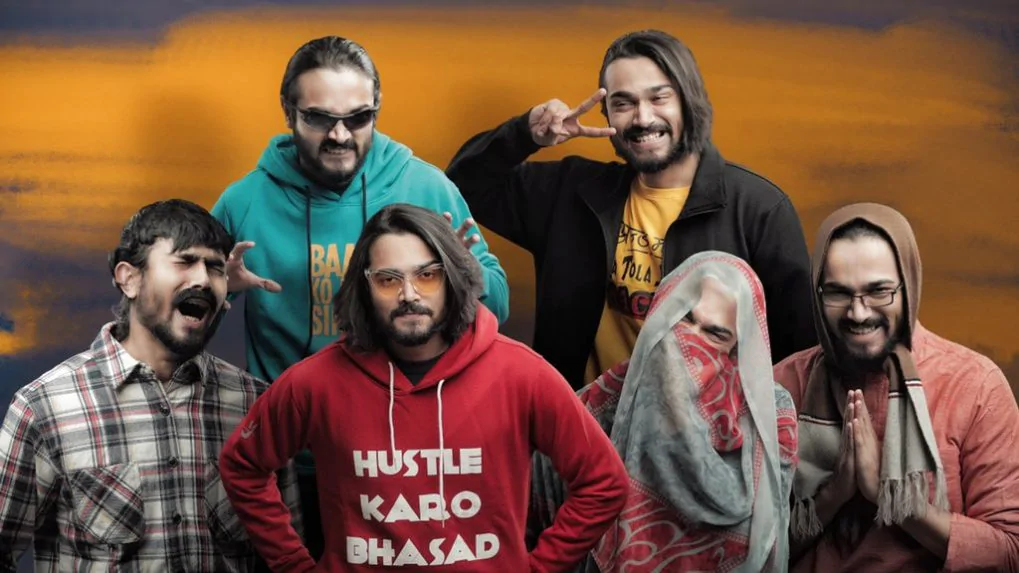 The 26-year-old YouTuber was one of the first Indians to taste success on YouTube. Bam’s channel “BB Ki Vines” has a massive subscriber base of 19.4 million. Bam’s big breakthrough came when he became one of the first YouTubers to cross 10 million subscribers.

BB Ki Vines uploads videos and comedy skits revolving around the life of an urban teen, his family and friends. Bam himself enacts all the characters in his videos. The fun fact is the characters depicted are inspired by real people that Bam meets in his daily life. Remember Titu Mama?

Other than comedy, Bam is also a singer, songwriter and actor. He has bagged many awards such as the ‘Filmfare award for best short film”, “Most popular channel on Youtube”, “Global Entertainer of the year” and many more.

Trivia: Bhuvan was the first Indian YouTubers to be invited to attend the World Economic Forum in Davos.

Ashish, another 26-year-old has been on quite a journey to become one of the leading content creators on YouTube. Ashish quit his engineering midway to kickstart his YouTube channel that now has a strong 21.6 million subscribers. Inspired by actor Akshay Kumar, Ashish has always been vocal about social issues. His videos include comic skits and videos which feature him and his friends.

Dhamaka on the way 🔥

What started as a childhood jesting ended up into a career that includes enthralling millions of people on YouTube now. Amit Bhadana started his career as a content creator by making quirky vines and amassed quite a fan following for his comedic timings and punchlines.

His followers are keen on his famous dialogues. Amit is one of those who do the scriptwriting and editing for their videos. He now has over 21.6 million followers on YouTube.

Ajey Nagar a.k.a CarryMinati is a YouTube sensation with a staunch fanbase of all demographics. Hailing from Delhi, Ajey started YouTube at the young age of 10 and has since dabbled in comedy, gaming and rapping.

His second channel Carry Is Live deals with gaming where he plays the latest games and keeps his gaming fans, a whole of 7.8 million hooked. 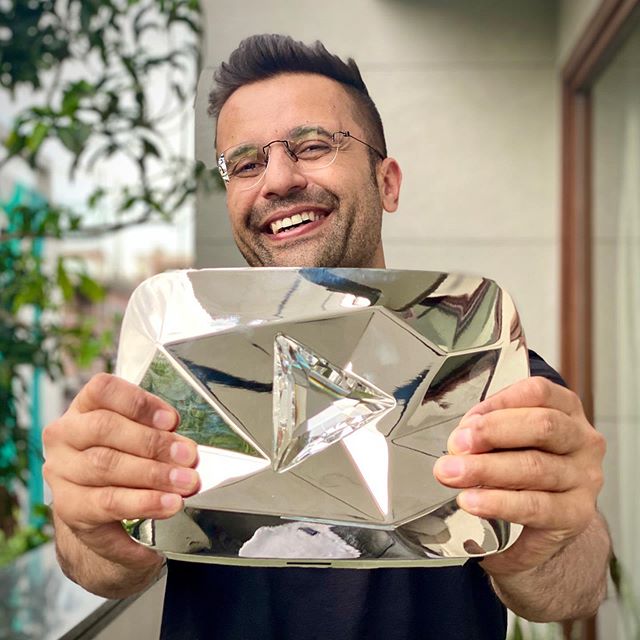 Sandeep Maheshwari is a prime inspiration for the 17.1 million subscribers he has on YouTube. A motivational speaker, Sandeep, connects to his followers through success stories where he motivates them to achieve life goals. He touches on various aspects of life, like finding the right career and mental health problems through his videos.

Sandeep Maheshwari was awarded as the Young Creative Entrepreneur Award by the British Council and Star Youth Achiever Award by the Global Youth Marketing Forum.

Nisha Madhulika is an Indian chef and restaurant consultant who is quite a household name in YouTube’s food segment. What initially started as a blog about food recipes in 2007 has slowly transitioned into a full-blown YouTube channel with more than 10.4 million subscribers.

Nisha specializes in Indian cuisine and dishes out her quick culinary secrets and tips to her followers through easy to learn videos. From Crispy Rava’s to delicious dosas and sumptuous jalebis, Nisha’s channel has it all for your food favourites.

A Mumbai based upcoming comedian, Prajakta is slowly building a strong fanbase on YouTube. Her cheeky videos and sense of humour have garnered her a solid 5.81 million subscribers in just over five years. She has collaborated with big Bollywood celebs like Kareena Kapoor, Saif Ali Khan, Ajay Devgn, Kajol, Alia Bhatt and more for videos on her channel.

Prajakta has been a part of female emancipation campaigns like ‘creators for change’ that featured her discussion with Michelle Obama on the education of girls.

She has been awarded the ‘Viral Queen’ of 2017 at the Indian Wikimedia Digital Awards, the most stylish digital icon in 2019 and recently featured in the Grazia Cool List 2020.

Trivia: Prajakta worked as an RJ before venturing into YouTube

Bindra motivates millions with his videos and imparts entrepreneurial advice. He also offers quick courses through his channel to help the followers achieve their goals.

Bindra has bagged accolades like ‘Think Tank of Corporate Asia’ by World Leadership Federation, Best Corporate Trainer in India by Maruti Suzuki consecutively for two years in a row and many others. 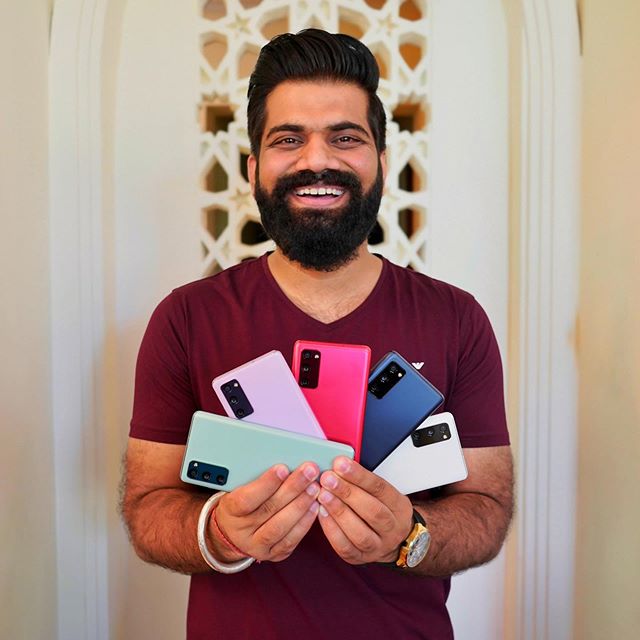 Gaurav is an Indian YouTuber currently based in Dubai and runs the YouTube channel “Technical Guruji”. The channel has a total of 19.3 million subscribers.

Gaurav’s videos are informative for non-tech-savvy people out there. He discusses and answers questions about the latest gadgets, hacking methods, product reviews in Hindi.

He also runs a personal blog channel where he shoots fun vlogs about his day to day life and keeps his followers entertained. This channel has around 3.98 subscribers.

Wanna thank you all for the love and support you've been giving us for so long. Feel so grateful when so many people come to watch us live. You can see how happy I feel when I'm on stage. 😁 Lots of love to all of you. ❤️😊 Wooohooo! 😁 I don't know who clicked this one but love this picture. I'll tag as soon as I find the person who clicked it.

Sanam is a music sensation in India. The Mumbai based band has won the hearts of millions with their covers of old school Bollywood songs and spin on pop-rock. Their YouTube channel Sanam has around 8 million subscribers.

The band’s music is soothing for all age groups of music lovers. Some of their hit songs are Gulabi Aankhen, Pehla Nasha, Ek ladki ko dekha to aisa laga and a lot more.

Now go and hit the subscribe buttons on your favourite content creators and let them know how much you appreciate them!