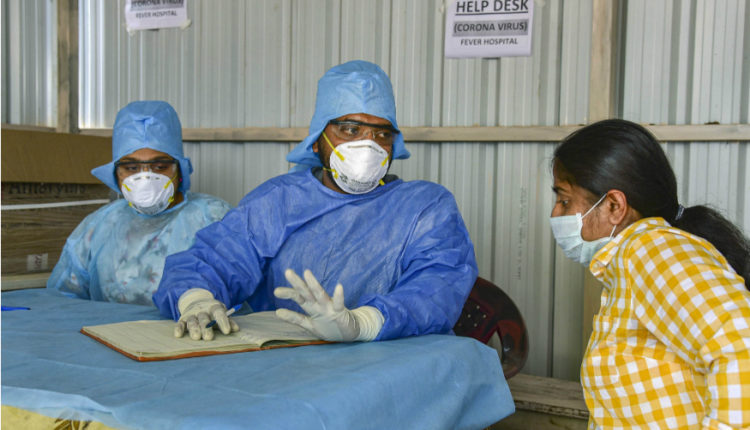 “Two more COVID-19 cases have been registered in Bengaluru on Wednesday, taking the total infected cases to 13,” tweeted Sriramulu.

“Both are admitted in designated isolated hospital,” Sriramulu added.

Meanwhile, Karnataka Chief Minister B. S. Yediyurappa held an emergency cabinet meeting on measures to contain the COVID-19 fallout at the state secretariat.

In the assembly, the Chief Minister said in Kannada, “Situation will go out of control if coronavirus spread is not contained. Tough measures are being taken to control the situation.

He also reviewed the steps taken to tackle H1N1, Swine flu and Bird flu in some parts of the state.

In a related development, 62 passengers arriving from Germany and Dubai were taken to Aakash Hospital for screening near the airport.

On Tuesday, a 67-year-old woman tested positive for coronavirus, she returned to the city from Dubai via Goa on March 9.

Earlier on the same day, two persons, including a young woman in Bengaluru, tested positive for the infection.

The new cases were of a 20-year-old woman who travelled from the UK and a 63-year-old doctor who treated the 76-year-old patient (since deceased) in Kalaburagi early this month.

“Both are admitted in the isolation wards in designated hospitals in Bengaluru and Kalaburagi,” said Sriramulu.

“To check the spread of COVID-19, BBMP will permit visitors to the head office only between 3-5 p.m. on all working days till further notice,” said the civic body Commissioner B. H. Anil Kumar.

On Wednesday, BBMP health officers and zonal joint commissioners visited several BBMP and government hospitals to check on hygiene and preparedness of staff in the light of communicable diseases in some parts the city.