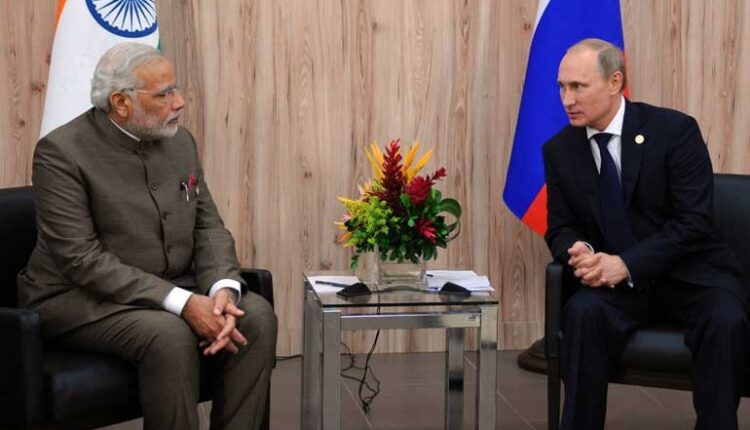 New York: The US is not seeking to change India’s relationship with Russia, but wants it to use its leverage with Moscow to get the message against the invasion of Ukraine “loud and clear” through to President Vladimir Putin, State Department spokesperson Ned Price said.

“Different countries are going to have their own relationship with the Russian Federation. It’s a fact of history; it’s a fact of geography. That is not something that we are seeking to change,” he said on Thursday at his news briefing in Washington.

“What we are seeking to do, whether it is in the context of India or other partners and allies around the world, is to do all we can to see to it that the international community is speaking in unison, speaking loudly against this unjustified, unprovoked, premeditated aggression, calling for an end to the violence, using the leverage that countries, including India, have to those ends.”

Answering a reporter’s question if the US had concerns about Russian Foreign Minister Sergei Lavrov’s visit to New Delhi, Price said that some countries “by dint of their longstanding relationships with the Russian Federation, are going to have in some ways even more leverage than countries closer to us will”.

“And that is all well and good. We understand that. What we are asking for, what we are calling for is that all countries use the leverage that they have to make sure that that message is coming across to Vladimir Putin loud and clear.”

Price side-stepped a question if the reported rupee-ruble trading arrangement between India and Russia would undermine sanctions.

“I would refer to our Indian partners when it comes to any such rupee-ruble conversion that may have been discussed,” he said.

The response of the State Department, which has to deal with the strategic concerns of the US, especially with China, has been at variance with the more narrow outlook of Commerce Secretary Gina Raimondo who said that she was “deeply disappointed” with the reported rupee-ruble arrangement.

She said on Wednesday: “Now is the time to stand on the right side of history, and to stand with the US and dozens of other countries standing up for freedom, democracy and sovereignty with the Ukrainian people, and not funding and fuelling and aiding President Putin’s war.”

Western allies of the US that buying energy on a far larger scale than India have not been criticised for “funding and fuelling” the invasion of Ukraine.

Moreover, India’s Minister of State for Petroelum Rameswar Teli informed the Rajya Sabha that the government did not have a “contract or proposal under consideration” for buying Russian oil in rupees.

In what is seen as a dig at fellow Quad member India, Australia’s Trade Minister Dan Tehan, who was with Raimondo, said that democracies should work together “to keep the rules-based approach that we have had since the Second World War”.

Price was asked if India did not use its leverage, would that have a negative consequence for the Quad, the four-member Indo-Pacific group of India, the US, Japan and Australia.

He said that the Quad’s core principles behind the idea of “a free and open Indo-Pacific” transcend any geographic region and “we have a global interest in a world order that is free, that is open, in which countries large and small play by the rules”.