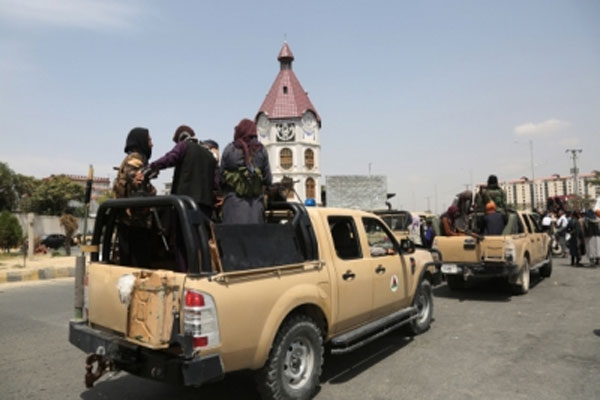 New Delhi: The Taliban beheaded an Afghan soldier, then chanted praise to their leader Hibatullah Akhundzada while holding the severed head of their victim by his hair in a video posted in a private Taliban chat room, Washington Examiner reported.

The 36-second video, which was obtained by the Washington Examiner, was posted a week ago. It’s unclear when it was made, but on August 17, Taliban leaders promised amnesty for government workers and protection for women.

In the video, six Taliban fighters surround the soldier, lying on his back in the desert with his head atop his chest. Five of the men are carrying rifles, and a sixth is holding two bloody knives in one hand. A seventh person is filming the event, the report said.

The soldier is wearing a dark green uniform of the type assigned to the national army by US forces.

The knife-wielding assailant, apparently the group’s leader, is seen raising his weapons in the air. In a translation from Pashto provided to the Washington Examiner by a USmilitary source, the men are heard chanting, “Mujaheddin!”

Mujaheddin is an Arabic term for guerilla fighters, and Ameer ul momeneen is a phrase of endearment. Mullah Haybat Uallah Akhunzada is the supreme leader of the Taliban.

At the end of the video, the group leader shouts, “Shoot him! He has to look shot!” as the fighters line up to shoot, the report added.

“This is barbaric, and I will never trust the Taliban,” said Afghan security consultant Nasser Von Waziri, who worked with government agencies across the country while Americans were stationed there. “A terrorist is always a terrorist.”

Brig Gen Don Bolduc, who oversaw the police and army training as Special Ops commander, said he was saddened and sickened by the video, the report said.