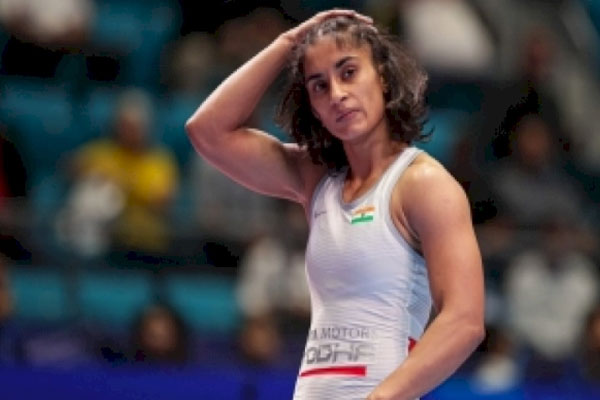 New Delhi:  Star Indian wrestler Vinesh Phogat will continue to train at her home in Bhiwani as she has refused to attend the national camp, starting from September 1 in Lucknow.

The Wrestling Federation of India (WFI) recently got a green signal from the Sports Authority of India (SAI) to hold national camp from next month, despite the fact that many wrestlers were ‘against it’.

Vinesh said she has requested the federation to let her train alone and be exempted from the camp.

“Yes, I am not going to attend the camp. I have informed the federation about it and they have given me the permission (so far),” laughed Vinesh.

“Coronavirus cases are rising and I don’t want to take any risk. So, I thought of giving camp a skip for the time being,” added the Tokyo-bound wrestler.

Meanwhile, Bajrang Punia and Pooja Dhanda have confirmed their participation.

A total of 26 wrestlers in eight weight categories — five in freestyle and three in Greco Romanï¿½will take part in the month-long camp.

According to SAI protocols, athletes, coaches and support staff joining the camp will be given mandatory COVID-19 test upon arrival at the camp and they will resume training after a 14-day quarantine.