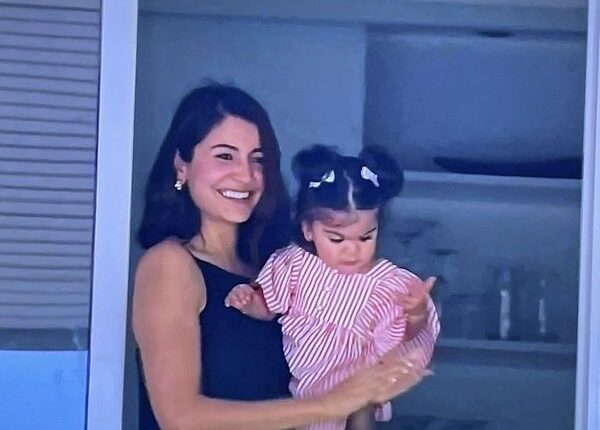 During the third ODI at Cape Town, cameras caught the mother and daughter in the stands and the first ever photos of Vamika’s face leaked on the internet before going viral on social media. Kohli and Anushka have never revealed Vamika’s face on social media and have time and again emphasised on the importance of privacy to their fans.

However, an internet user shared a screenshot of Vamika’s face much to the annoyance of devout Kohli and Anushka fans who have urged social media users to delete the photograph.

Anushka had recently thanked the Indian fraternity for not clicking or sharing Vamika’s pictures.

“We are deeply thankful to the Indian paparazzi and most of the media fraternity for not publishing pictures/videos of Vamika. As parents, our request to the few who carried the images/video will be to support us going forward. We seek privacy for our child and would like to do our best to give her a chance to live her life freely away from media and social media. As she is older we cannot restrict her movement and hence your support is needed so kindly practice restraint in the matter. special thank you to fan clubs and people of the internet for going out of your way to not post images. It was kind and highly mature of you,” Anushka had written.

Meanwhile, Deepak Chahar’s fighting fifty (54 off 34) went in vain as South Africa completed a hat-trick of wins with a four-run victory in the thrilling third and final ODI to seal a 3-0 series whitewash against India.