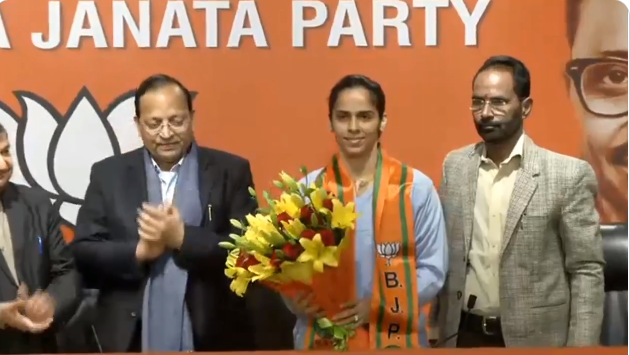 Nehwal, who was honoured with India’s highest award for sporting excellence – the Rajiv Gandhi Khel Ratna Award – joined the saffron party in the presence of BJP General Secretary Arun Singh.

Soon after joining, she said, “It’s pretty new for me. I would like to contribute for the betterment for India.”

Heaping praise on Prime Minister Narendra Modi, she said he was an inspiration for her move to join the BJP.

On Wednesday, along with Saina Nehwal, her sister Chandranshu Nehwal also joined the outfit.