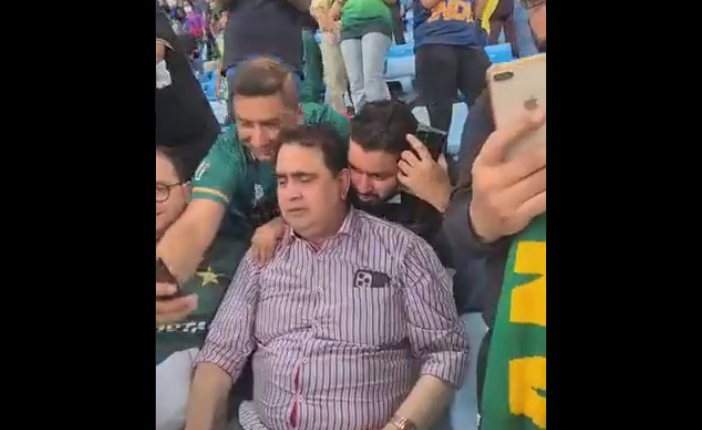 Dubai: Mohammad Rizwan (79 not out off 55 balls) and Babar Azam (68 not out off 52 balls) displayed wonderful batsmanship to help Pakistan crush India by ten wickets in a Group 2 match of Super 12 of the ICC Men’s T20 World Cup at the Dubai International Stadium here on Sunday.

This is Babar Azam’s father. So happy for him. I first met him in 2012 at Adnan Akmal’s walima. Babar at that time was 3 years away from Pakistan debut. I clearly remember what his father told me “bas debut ho jane do. Agay sara maidaan babar ka hai” pic.twitter.com/ZlsvODQkSg

Electing to bowl first, Pakistan restricted India to 151/7 in 20 overs with Afridi rattling the 2007 champions with a two-wicket burst. Skipper Virat Kohli struck a fighting fifty but India never recovered from the early setback and could not manage a big score. Their bowling was even more pedestrian as Pakistan chased down the score in 17.5 overs to seal and memorable victory.