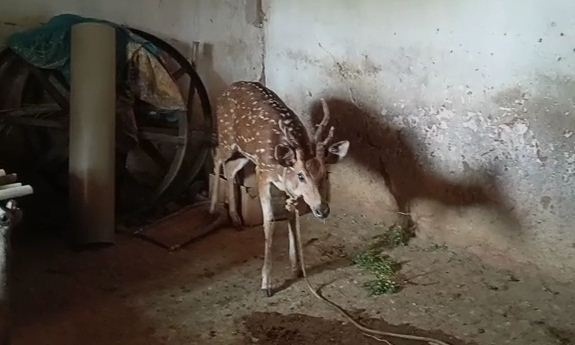 Baripada: Even as Odisha Forest & Environment Minister Bikram Keshari Arukha claimed that animals in the Similipal National Park are safe after the wildfire, a deer affected by the inferno was spotted heading towards human habitation in Karanjia Forest Division.

The homeless animal strayed into the house of a villager at Brundeiposhi under the forest division, where the deer has now taken shelter.

Incidents of other animals moving towards residential areas after the wildfire are also being reported in the area.

The Odisha Government has formed a state-level task force in connection with the wildfire raging in several forests across the state.

On the other hand, fresh fire points are being detected everyday, especially in the Similipal Tiger Reserve (SRT). However, PCCF in-charge Jitendra Kumar said forest fire incidents are in control. All fire incidents are ground fires and have not affected the large trees, he said.

Similipal National Park in Odisha closed for tourists for…