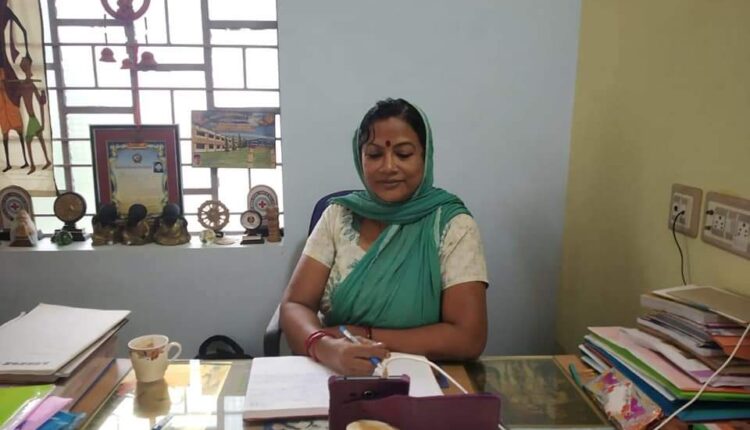 Jeypore: The Child Development Project Officer (CDPO) of Nandapur in Koraput district was today arrested by Vigilance officials on charges of demanding and accepting bribe.

CDPO Snigdharani Mishra was caught red-handed by the anti-graft officials while she was accepting bribe of Rs 1.75 lakh to pass a bill.

As per the complaint, the CDPO  had demanded the bribe from one Snehalata Dalapati of Badsan Sahi in Nandapur, who works as a member of Tini Bhairabi SHG, in order to draw a bill of Rs 9,47,843  for the month of September and renew the agreement on supply of THR (Take Home Ration) in favour of the SHG . The entire bribe amount was recovered from possession of the accused.

Later, the Vigilance sleuths of Koraput Division conducted raid on her office and residence at Semiliguda.