World Environment Day: Why Odisha’s affair with cyclones getting so strong? 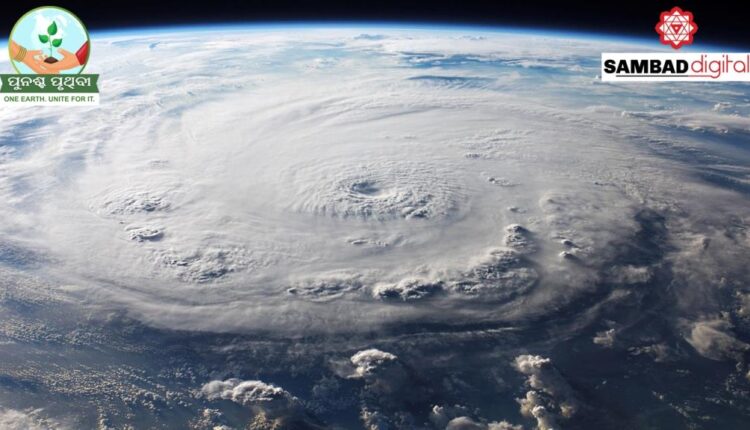 The coastal state of Odisha has been witnessing cyclonic storms more frequently during the last few years, especially after 2019 when ‘Fani’ battered Puri and Khordha districts severely.

Cyclones were usually hitting the state in October while the month was tagged as the ‘Cyclone Month in Odisha’ after the Super Cyclone in 1999.

However, a new pattern has emerged as the Bay of Bengal has been hosting tropical cyclones in the month of May in summer during the last couple of years. ‘Fani’, ‘Amphan’, ‘Yaas’, ‘Asani’ are some of the cyclonic storms to have formed over the Bay of Bengal in May.

Speaking to Sambad English, Odisha’s Bishnupriya Sahoo, Research Scientist at the Yantai Institute of Coastal Zone Research, China, said, “Frequency of tropical cyclones has decreased slightly in the Bay of Bengal; however, the basin has been experiencing an increase in tropical cyclone intensity due to changes in the thermodynamic environmental conditions. Further, due to the global trend of northward migration of tropical cyclones, tropical cyclone frequencies seem higher in northern coastal states such as Odisha.”

Speaking about the occurence of cyclones in summer, she said, “During the pre-monsoon season, though sea surface temperature shows a significant increasing trend over north-east part of Bay of Bengal, Tropical Cyclone Heat Potential (TCHP) is increasing over the part of east and central Bay of Bengal, which triggers the genesis location of tropical cyclones in the pre-monsoon seasons, adding to number of pre-monsoon tropical cyclones.”

Sharing her thoughts about the monitoring of such systems, Sahoo said, “With changing climatic conditions, tropical cyclone activities have been monitored continuously. For the preparedness measure, potential disturbances during the cyclone seasons are distinguished for tropical cyclone formations. Despite the detailed forecast of a tropical cyclone system, researches are ongoing to obtain precise information on developing tropical cyclones much prior to the landfall using advance techniques (e.g., eddy detection technique).”