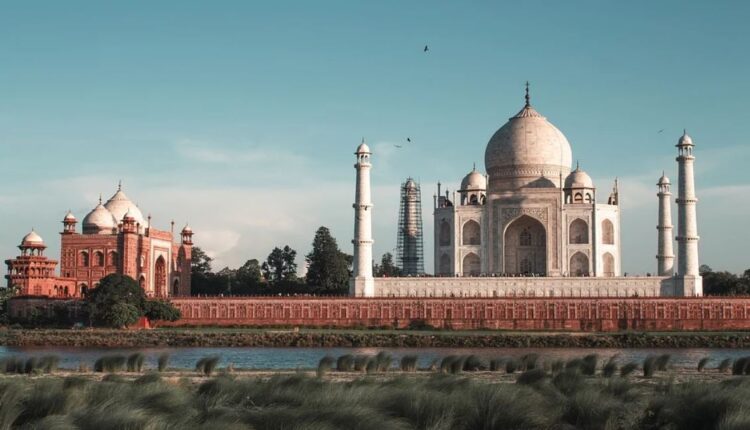 Agra: Almost three decades after the Supreme Court announced a series of measures to insulate the Taj Mahal from environmental degradation, the question that continues to do rounds in “green” circles, and often asked by visitors: has the Mughal monuments become safe from air and water pollution?

International concern was first raised in the 1970s when the decision to site India’s biggest oil refinery at Mathura was taken by the Indira Gandhi government. The PIL filed by eco lawyer M.C. Mehta in the apex court triggered a series of drastic measures to contain environmental pollution in the eco-sensitive Taj Trapezium Zone (TTZ), spread over 10,400 sq km.

As the city celebrates World Environment Day on Sunday, local activists say there has been no fundamental change in the environmental conditions in Agra, Mathura, Firozabad districts that come under the TTZ.

Officially, we are made to believe that a dozen odd directives of the Supreme Court, on the recommendations of the Dr S. Varadarajan high powered committee, have had salutary effects on the environment in Agra and neighbourhood, the ground “reality is vastly different”, as would be clear by a close study of the data released by the state pollution control board.

“Air, water, noise pollution levels are alarmingly high, as high as they were in 1993, when the judgement came,” says environmentalist Devashish Bhattacharya.

The local petha industry continues to spit fire, smoke and pollutants in the air, right in the heart of the city. Despite repeated complaints at various government offices and regulatory institutions, no action is taken against hundreds of polluters in the city, Bhattacharya added.

Due to high level of pollution in the city, tourism has been “badly hit” and the health of the local population is in “peril”, activist Jugal Kishor of the River Connect Campaign said.

He said various recommendations of expert committees were gathering dust and the Supreme Court orders had been blatantly ignored.

In the past, a series of orders came from the apex court. But shifting orders for dairies, dhobi ghats, cremation sites, petha units, have been shelved. Transport companies emitting pollutants on the Yamuna Kinara Road, have not been shifted either.

Repeated pleas by environmentalists to free the Yamuna banks of encroachment have fallen on deaf ears.

The National Green Tribunal has been struggling with its orders on clearing encroachments on Yamuna flood-plains. After years of dilly-dallying even the boundaries of the flood plains have not been clearly demarcated, the campaigners complain.

Forest land in the Soor Sarovar area has been reduced as groups of vested interests managed to secure land for developing commercial activities. Local green activists have lamented the “apathy of elected Vidhan Sabha and Lok Sabha members towards the Yamuna, the lifeline of the city”.

A dry and polluted Yamuna remains a constant threat to the safety of the Taj Mahal, according to the activists.

“Water in the Yamuna was required for the good health of historical monuments along Yamuna’s banks, because the foundations need continuous moisture and a pollution-free ambience,” Sonal Singh Mittal of the Braj Mandal Heritage Conservation Society said.

Despite repeated demands, the Yamuna Barrage project, downstream of the Taj Mahal, hangs fire, though some Rs 20 crore have been sanctioned for it in the state’s 2022 budget.

Agra’s major problem is the dry and heavily polluted Yamuna river. Though there have been repeated demands, no initiative has so far been taken to desilt and dredge the river bed, which had become hard owing to pollutants, mainly leather cuttings, polythene, domestic waste, industrial effluents, preventing seepage and percolation of water.

Environmentalist Chaturbhuj Tiwari said: “Though the Supreme Court had categorically directed ban on entry of cattle in the river and shifting of dhobis (washermen) polluting the river, no effort has been made by the district authorities in this direction.”

Activists say that despite the tall promises made by leaders, the Yamuna continues to stink, flow polluted carrying all the toxic effluents and waste from Delhi and upstream cities. Forget human beings, even historical monuments including the world heritage monument, the iconic Taj Mahal, along its bank, are not safe as pollutants in the river not only create visual pollution but also endanger the protective eco-ambience in the vicinity.

The local administration claims more than 40 drains out of nearly 100 had been tapped. But the Agra mayor Navin Jain, himself has sounded so helpless and has repeatedly pleaded with the government to take appropriate measures to save Yamuna river.

The problem is two-fold, qualitative and quantitative. One, the river is already dry, just a month after the fairly good monsoon rains this year. Two, what flows down in the river from Delhi is not water, but chemical liquids that kill even bacterias. This toxic liquid is emitting foul and noxious gases and corroding foundations of structures along the banks of the river.

Even after hundreds of petitions, memorandums, representations, demonstrations and democratic protests, successive governments in the state and at the centre, have been pathetically apathetic to demands for de-silting and dredging of river Yamuna in Braj Mandal, says activist and astrologer Pramod Gautam.

“We have been demanding a barrage or a check dam downstream of the Taj Mahal for three decades now, but only promises have been made and no action,” Gautam adds.

Tourists who visit the Taj Mahal and other historical monuments are aghast to see the polluted Yamuna. Many even wonder why Mughal emperor Shah Jahan chose this site for constructing his dream project, according to tourist guide Ved Gautam.

Tourism industry leaders say Yamuna’s good health is necessary for the safety of the monuments along its banks, in particular the Taj Mahal, whose foundation needs moisture round the year.

Without water the river is becoming a breeding ground for mosquitoes and insects that deposit their green excreta on the surface of the Taj Mahal, every now and then. This needs to be cleaned up periodically.

The biggest threat to the Taj Mahal is the polluted Yamuna which needs cleaning and uninterrupted minimum flow of water to keep it alive. Water in the river will not only enhance esthetics but also absorb pollutants and control the alarming level of dust particles in the ambient air (SPM), president of Lok Swar Rajiv Gupta says.

World Environment Day: Why Odisha’s affair with cyclones getting so strong?