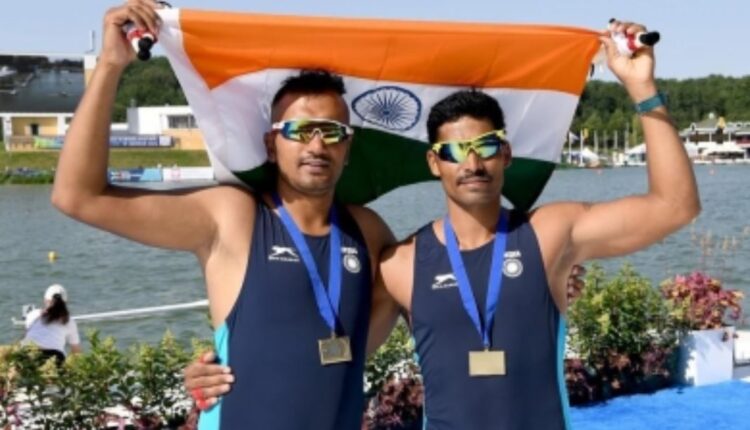 Mumbai: India won a bronze medal in the para-rowing competitions at the 2022 World Rowing Cup 2 at Poznan, Poland, finishing third in Final A of the PR3 Men’s Coxless Pair event.

The Indian duo of Narayana Konganapalle and Kuldeep Singh won the bronze medal with a timing of 7 minutes 33.35 seconds in the event held in Poznan’s Lake Malta on Saturday.

They finished third behind the pairs from France, who finished in 6:52.08 and set a World Best time, and Ukraine 7:29.20, according to information provided by the Rowing Federation of India.

After setting a new world best time (7:07.6) in Friday’s test race, Jerome Hamelin and Laurent Cadot of France improved the record again. The time of 6:52.08 is the first sub-7 minutes performance in this event over 2000 metres.

Back in the pack, Ukraine’s Andrii Syvykh and Dmytro edged their bow out to silver position ahead of third place India’s Narayana Konganapalle and Kuldeep Singh with Italy in close pursuit.

The Men’s Quadruple Sculls (M4x) will be rowing in Final B as will do the India A team in Lightweight Men’s Pairs (LM2x).

Very heavy rainfall in these Odisha districts in next 5 days