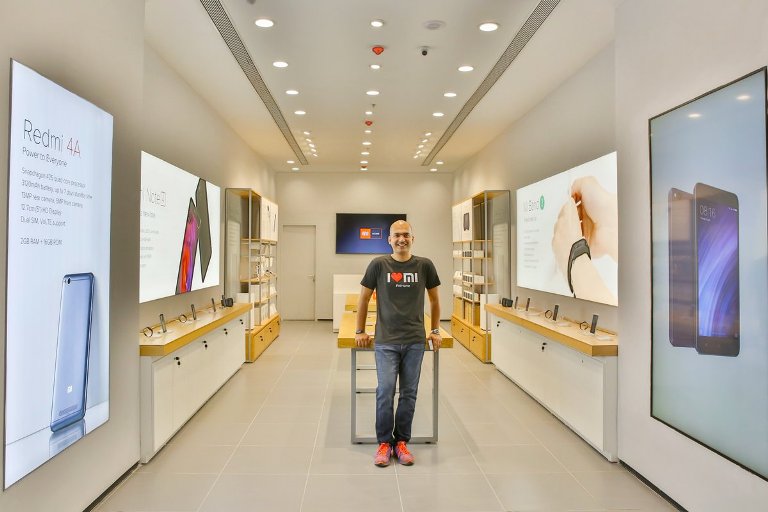 In a bid to reach out to its customers directly, Chinese smartphone maker Xiaomi on Thursday unveiled its first offline store in India named “Mi Home”.

Located at Phoenix Market City in Whitefield here, the store that showcases some of the flagship products including Mi 5 and Redmi Note 4 will be open for the public from May 20.

India, where Xiaomi has emerged as the second largest smartphone seller and recorded a turnover of $1 billion in 2016, is the fourth country after Hong Kong, China and Singapore to have an exclusive offline store.

“More stores will soon come up in Mumbai, Delhi, Hyderabad and Chennai. The company has a target of opening 100 such stores across the country in the next two years,” Manu Jain, Vice President and Managing Director, Xiaomi India, told reporters here.

“At the store, the products could be purchased or pre-booked against a small token amount if the product is out of stock,” Jain said, adding that on re-booking an out-of-stock product, a customer specific code would be generated to prioritise the shipment.

The offline store would help establish a direct connect with the customer and help cope up with the huge demand as the company, that sells over a million smartphones every month, at times goes out of stock.

“Mi Home is the offline avatar for the online mi.com. There’s a special reason for calling it Mi Home because we want you to feel very comfortable. At Mi store, you will feel like home. You can try our products and play games,” Jain added while showing a photograph of a Mi fan at one of the stores in China.

“Over 24,000 Mi fans visited the store on day one in China,” Jain told reporters here.

According to media reports, Xiaomi has become the most preferred smartphone upgrade choice for the Indian consumers.

The company now aspires to double its turnover from $1 billion in 2016 to $2 billion this year.

When asked if the company plans to introduce other smart products in the Indian market, Jain told IANS: “We are working towards that. However, some of the products like smart cookers don’t have their usage here.” (IANS)