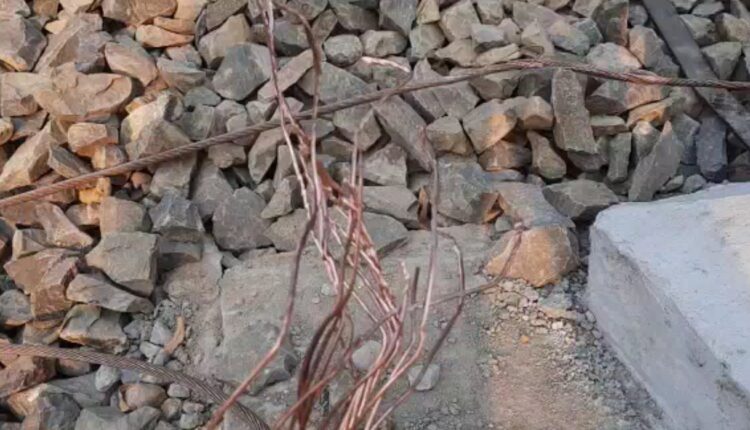 Baripada: A youth died while stealing electrification cables passed over the railway track near a temple at Baghra Road in Baripada town early in the morning.

The deceased has been identified as Chandan Sarkar (23), a resident of Baripada town.

According to reports, Chandan and his friend had climbed upon an electric pole installed near the track for railway electrification project.

While the youth was cutting the electric wires, he slipped from the pole and died on the spot, GRP official said.

Recently, the electrification project had started between Bangiriposhi and Rupsa railway line via Baripada.

However, the trains passing through the track in the railway line are being run without electricity, source said.

The wires were not charged at the time of mishap that occurred late on Friday night.

As the wires were lying on the track, the alert loco pilot of Bangiriposhi-Bhubaneswar Superfast that had left the Baripada Railway Station in the morning suddenly stopped the train sensing any possible mishap.

The loco pilot informed the railway officials for necessary action to clear the track. After two-hour of halt, the train services resumed in the line.