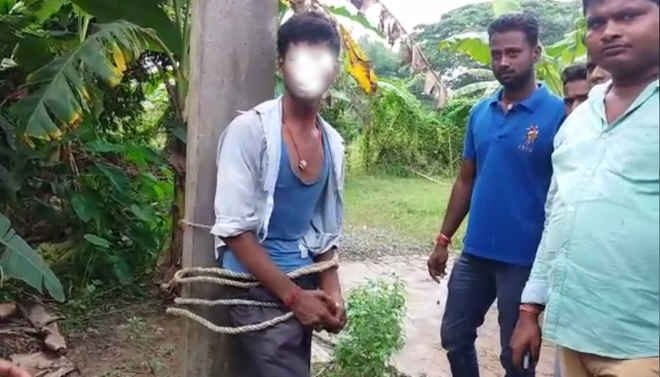 Kendrapara: Residents of Haladidiha village under Sadar police limits in Odisha’s Kendrapara district today tied a youth to an electric pole for allegedly raping a minor girl of the locality.

They also accused the youth, identified as Dillip Behera, of recording the shameful act through his mobile phone.

After the matter came to fore, irate villagers tied him to an electric pole and informed police.

Behera was rescued and detained by cops at police station for questioning.