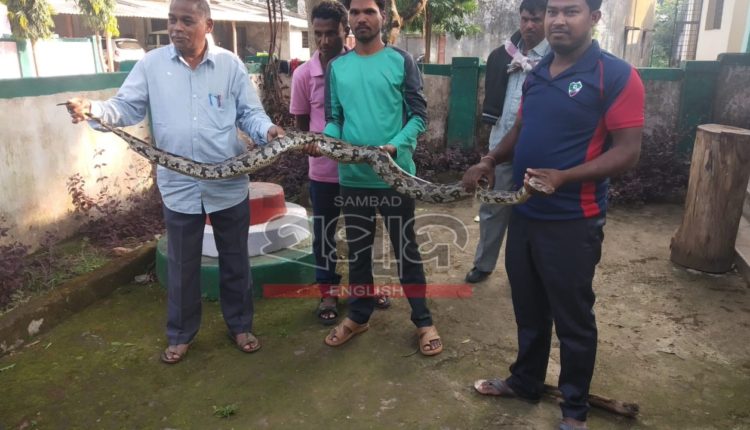 Nabarangpur: A 12-feet-long python was rescued from a paddy farmland at Baidipada village under Chandahandi block of Odisha’s Nabarangpur district.

Villagers initially spotted the reptile and informed the officials of Forest Department, Jharigaon. Later,  Forester Gupteswar Patnaik and other concerned officials reached the spot and rescued the snake.

After primary treatment at the Jharigaon Forest Range office, the python was released into nearby forest.

Employees wear helmets to work in this UP govt office