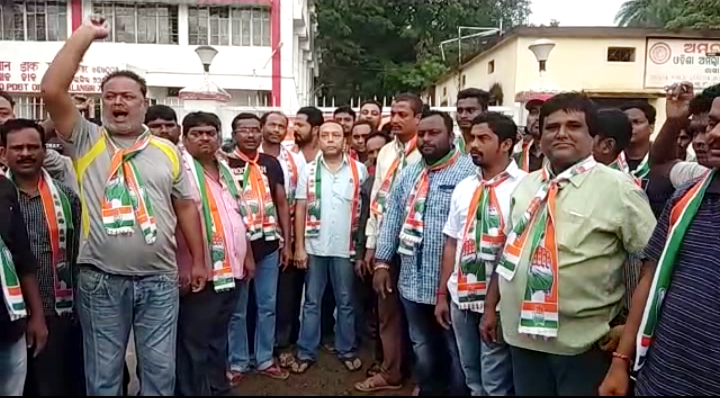 Bolangir: Protesting the death of a Plus Two girl student in road accident yesterday, Bolangir Traders’ Union today observed a 12-hour bandh in the town throwing normal life out of gear.

While shops and other business establishments have remained closed, vehicles stayed off the roads in the town due to the protest. The activists also staged picketing in front of schools, colleges and various offices. Demanding Rs 25 lakh compensation and construction of a bypass road, the agitators blocked the Bolangir-Sambalpur main road bringing vehicular movement to a grinding halt.

Meanwhile, police personnel have been deployed at several important places in the town to avoid any untoward incident during the protest.

Yesterday, a Plus Two girl student was run over by a speeding truck while she was going to college on a bicycle on NH-26. Angry over the incident, students and political leaders in the locality had staged a road blockade by keeping the dead body on road.

Sources said, a few other local bodies have called for a bandh tomorrow to protest frequent road accidents in the town. It may be mentioned here that five persons have been killed in road accidents during the last five days.

Have changed for the better with motherhood: Sunny Leone