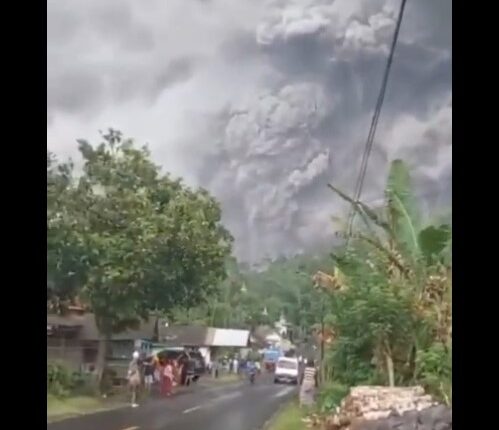 Jakarta: At least 13 people died and 98 others were injured after Mount Semeru in Indonesia’s East Java erupted, the National Disaster Management Agency (BNPB) said on Sunday.

“Two bodies have been identified, while others are still in the process,” according to the BNPB’s spokesman Abdul Muhari.

All those injured, including two pregnant women, are currently under medical treatment at nearby health centres.

Meanwhile, 902 people have been evacuated to a village hall, a school building, and houses of worship.

Volcanic ash has buried a number of houses, roads and a bridge, Xinhua news agency reported.

Officers are digging up the ash covering the road using heavy equipment, while evacuating and searching for missing persons.

The hot clouds stopped falling due to the rain. Authorities called on people not to move near the rivers on which the lava is flowing.