17 Odia women labourers rescued after being held captive in Telangana 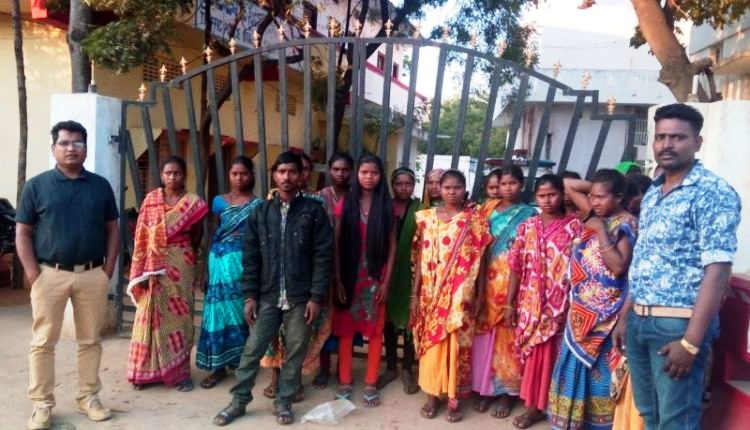 Bhubaneswar: After three months of being held captive, 17 women labourers from Koraput district were finally rescued from a brick kiln in Telangana on Friday.

Acting on media reports on the labourers enslaved at various brick kilns near Hyderbad in Telangana, Koraput Collector K Sudarshan Chakraborty and SP had directed the district police and labour officials to take immediate steps to rescue the labourers. Later, a five-member team of Laxmipur police and district Labour office left for Telangana on Tuesday.

The team rescued all women labourers from a brick kiln, around 100 km away from Hyderabad in Telangana on Friday.

Sources said all the labourers are residents of Chuchukana and Piskadang villages under Laxmipur block in Koraput district. Two contractors had lured the labourers on the pretext of providing lucrative jobs.

Earlier on December 21, seven labourers from Odisha who were held captive at a brik kiln in Vizianagaram were rescued and brought back to Odisha. Prior to this, five Odia labourers had managed to escape after the brick kiln owner allegedly threw acid and cut the finger of two labourers in Andhra Pradesh.