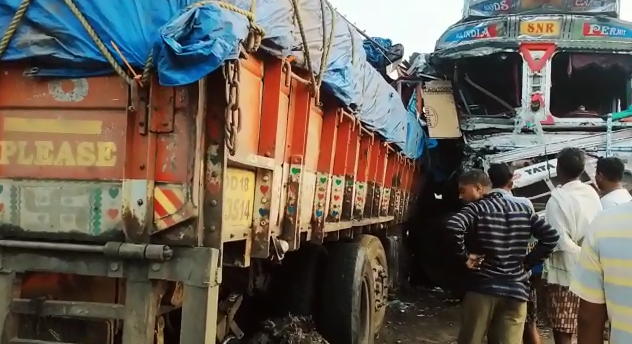 Nuapada: At least two persons were killed on the spot and two others sustained grievous injuries after two speeding trucks collided head-on near Taraboda village on NH-353 under Komna police limits in Nuapada district, in the wee hours of today.

According to a police source, the road mishap took place at around 2 am. Identities of the two deceased and two injured persons have not been ascertained yet.

On being informed, Komna police reached the spot and rescued the injured. Later, the injured were sent to Nuapada district headquarters hospital (DHH) for treatment.

One of the trucks was on its way from Rajkhariar to Nuapada and the vice versa. Actual reason behind the road mishap has not been known so far, the senior police official said.

Police have registered a case in this connection and launched a probe.

Bodies of the deceased were sent for post-mortem.

Bhubaneswar-based bizman, who had consumed acid after wife’s suicide, dies