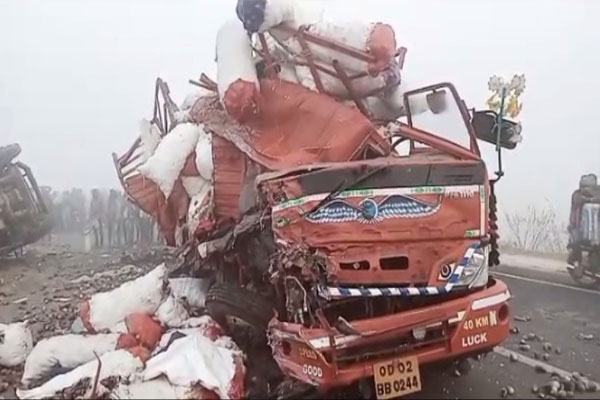 Boudh: At least two persons died and another sustained grave injuries after two trucks collided head-on with each other on NH-57 at Guduguda Chhak under Manamunda police limits in Boudh district last night.

The two deceased identified as Uttam Sahu of Charichhak and Kuna Manik of Khordha’s Pichukuli area were drivers of both the trucks.

Sources said while one truck was carrying vegetables, another was loaded with soft-drinks packages. The vegetable-laden truck was headed to Bhubaneswar from Bargarh for delivery. Midway, another truck loaded with soft drinks coming from the opposite direction lost control and collided head-on with the former. While both the drivers died on the spot, a helper sustained serious injuries and was rushed to a nearby hospital.

On receiving information, police reached the spot and sent the bodies for autopsy. Further investigation is underway in this connection.