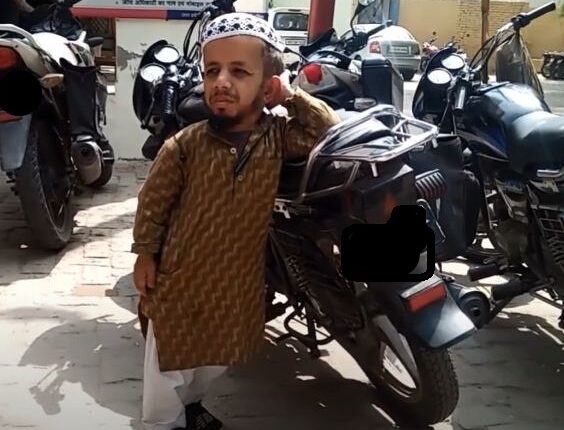 Shamli (Uttar Pradesh): Azeem Mansuri, 26, who is two-ft-tall, has finally received two marriage proposals and this young man is now hopeful of getting married in the coming weeks.

Last month, Mansuri had made headlines when he approached the police with a request to find him a bride.

The police were expectedly surprised at this unusual request but promised to help nevertheless.

Mansuri is a Class 5 dropout who currently runs a cosmetic store.

He blames his height — rather, a lack of it — on his inability to find a partner.

After his story went viral, Mansuri started receiving marriage proposals. There is one from Ghaziabad and Mansuri is rather keen on it.

Another woman has proposed to Mansuri on WhatsApp. “You are alone, I am alone. I live in Delhi and I want to marry you,” the woman, who does not reveal her name in the video, said.

Interestingly, Azeem Mansuri had even approached former Uttar Pradesh Chief Minister Akhilesh Yadav in 2019 to help him find a bride.

He had also met Chief Minister Yogi Adityanath and then approached the police to help him solve his ‘problem’.

The youngest of six siblings from a Kairana-based family, Mansuri has faced taunts and insults in school.

COVID-19 resurgence in Odisha: Fresh guidelines issued in this district