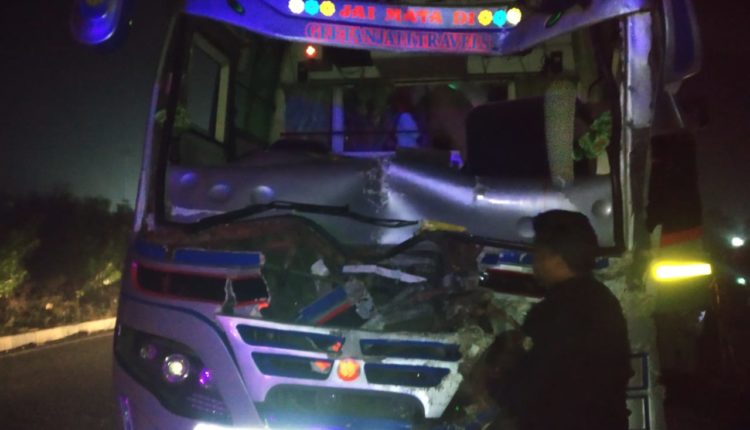 Balasore: As many as 30 tourists from West Bengal sustained injuries after a bus in which there were travelling hit a stationary truck near a petrol pump on National Highway 16 at Seragarh area under Khantapada police limits in Odisha’s Balasore district.

The mishap took place in wee hours of Saturday.

According to reports, the tourist bus carrying around 70 passengers was travelling from Hooghly district of West Bengal to pilgrim town Puri in Odisha. The vehicle hit a truck parked near the NH at around 4.00 am from its behind injuring at least 30 tourists.

The locals rescued all the passengers from the bus and sent them to the Community Health Centre (CHC) in Khantapada through 108 Ambulance service. The critically injured passengers have been shifted to District Headquarters Hospital, Balasore, for treatment.

However, the driver of the bus managed to flee from the spot following the incident.

On receiving information from the locals, the police reached the spot and seized a mobile phone of the driver. A probe has been initiated into the incident.