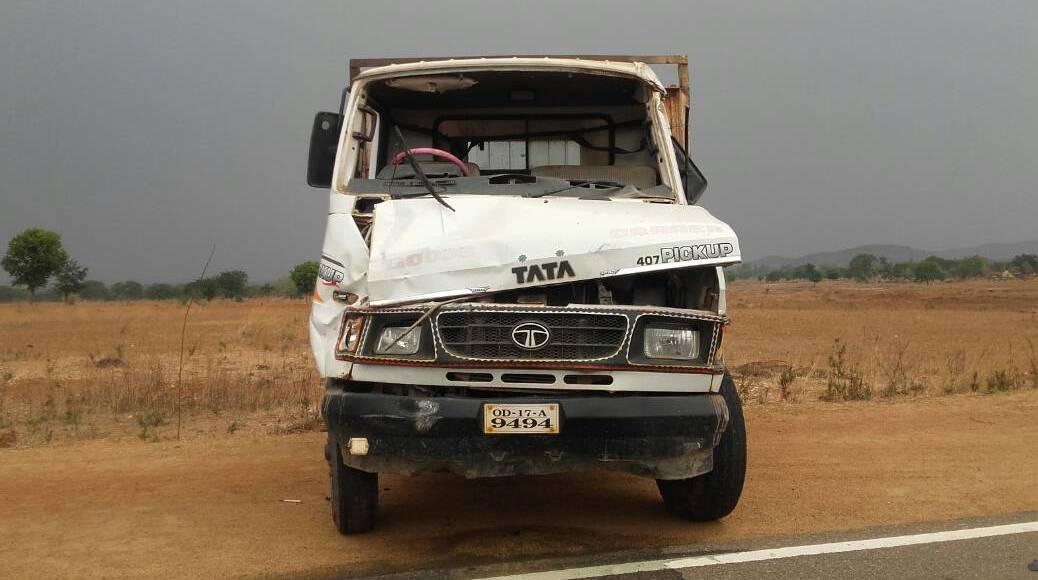 At least 5 persons were killed and 20 others sustained injuries when a mini truck carrying them overturned on Bhawanipatna-Khariar road near Borda in Odisha’s Kalahandi district today.

The mishap took place when the deceased and the victims were returning in the vehicle after attending a marriage party, sources said.

The ill-fated mini truck, carrying around 40 persons, lost control and turned turtle at a turning killing four on the spot, one on the way to hospital and injuring nearly 20 others.

The four deceased identified are Gunadhara Bag (65), Kshyamanidhi Bhoi (55), Iradhana Podha (40) and Kedar Banchhor (52). Identity of another deceased is yet to be ascertained. All the deceased belong to Nuapada district.

On being informed, police reached the spot, rescued the injured ones and admitted them to Borda community health centre. Four of them were later shifted to Kalahandi district headquarters hospital as their condition deteriorated.

“The mini truck was carrying about 40 persons and overturned after the driver lost control over the wheels. The injured have been admitted to hospital and condition of few of them is said to be critical,” said Samir Rout, a senior police official.

Know why you turn bald