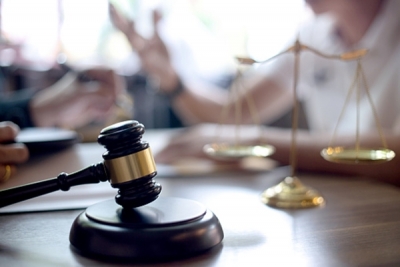 Bhubaneswar: At least 82 newly elected Zilla Parishad (ZP) members in Odisha have criminal cases against themselves, the Odisha Election Watch and Association for Democratic Reforms (ADR) said in a report on Tuesday.

The ADR on Tuesday shared the data regarding criminal cases, assets, education and age after analysing the affidavits of 726 out of 851 winning ZP candidates in the just-concluded panchayat elections in Odisha.

The rest of the affidavits were not analysed as they were not available or uploaded on the website at the time of making this report.

Out of the 726 analysed ZP members, 82 members have declared criminal cases against themselves, of which 65 (9 per cent) ZP members are facing serious criminal charges including cases related to attempt to murder, crimes against women etc, according to the report.

While 15 elected members have declared cases of attempt to murder (IPC Section-307), 12 members are facing cases related to crimes against women.

Out of 661 analysed ZP members from ruling BJD led by Naveen Patnaik, 66 (10 per cent) members have declared criminal cases themselves while six (16 per cent) out of 37 ZP members from BJP are facing similar charges.

Out of the 726 zilla parishad members analysed, 95 (13 per cent) are crorepatis, of which highest 90 members are from the ruling BJD.

Three BJD members — Rebati Nayak, Gitarani Malik and Kunti Pradhan have declared a total asset worth Rs 18.68 crore, Rs 17.06 crore and Rs 10.21 crore, respectively. These members are at the top of the asset list.

The average of assets per zilla parishad member in Odisha is Rs 56.60 lakh, the report said.

Moreover, six ZP members have declared themselves to be just literate and six other members have not given their educational qualification. Out of 726 zilla parishad members analysed, 385 (53 per cent) members are women, it said.