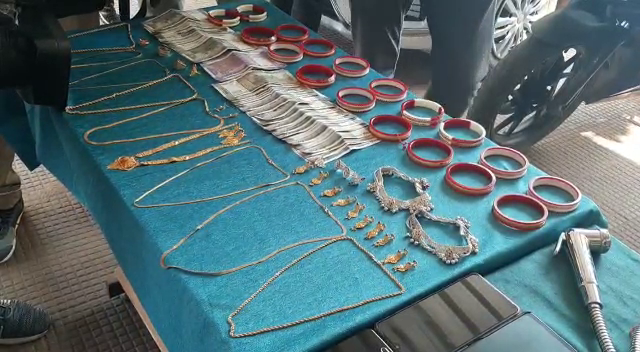 Bhubaneswar: In a major breakthrough, the Commissionerate Police (CP) today arrested dreaded robber Dillip Kumar Nayak, who was  on the run for the last five years, from Baragada area here.

The 28-year-old accused, a native of Nayagarh district, was most wanted since 2016. His modus operandi was that he used to conduct recce of houses impersonating himself as painter during day time and execute his robbery plan in night.  After committing robbery,  he used to sell the stolen items outside Bhubaneswar. It is also alleged that he attempted to rape women during his loot bid quite a few times.

The accused used to maintain a luxurious lifestyle on the the stolen money and give expensive gifts to his two wives.

The police has taken him on remand in connection with 11 cases pending against him for interrogation.