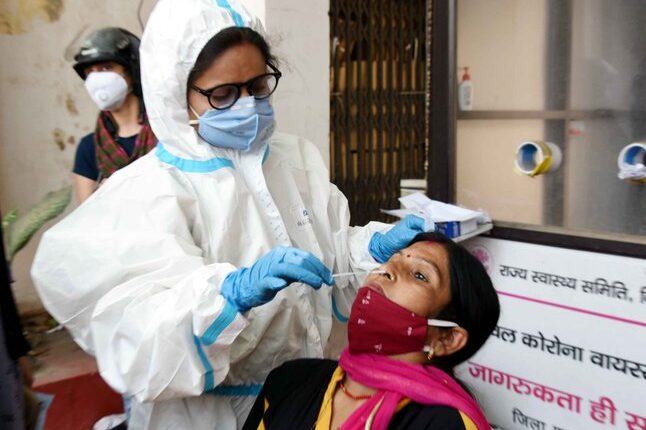 New Delhi: Asking the states to activate war rooms and keep analyzing all trends and surges at district level, no matter how small, the Union Health Ministry today informed the States that new Omicron variant is three times more transmissible than the predominant Delta variant of the coronavirus.

“At the district level there should be constant review of emerging data regarding the population affected by COVID-19, geographical spread, hospital infrastructure and its utilization, manpower, notifying Containment Zones, enforcement of perimeter of containment zones etc,” Union Health Secretary Rajesh Bhushan’s letter to States read.

“This evidence should be the basis for effective decision making at the district level itself. Such a strategy ensures that infection is contained at the local level itself before it spreads to other parts of the state,” it added.

This letter has been written to States after initial signs of surge in cases of Covid-19 as well as increased detection of the Variant of Concern (VoC), ‘Omicron’ in different parts of the country.

The Health Secretary asked the states to activate the war rooms/EOCs and keep analyzing all trends and surges, no matter how small and keep taking proactive action at the district or local level.

“Regular reviews with field officers and proactive action in this regard will definitely control the spread of infection and flatten the curve,” he added.

Merry Christmas 2021 Wishes, Messages, Greetings to share on the occasion