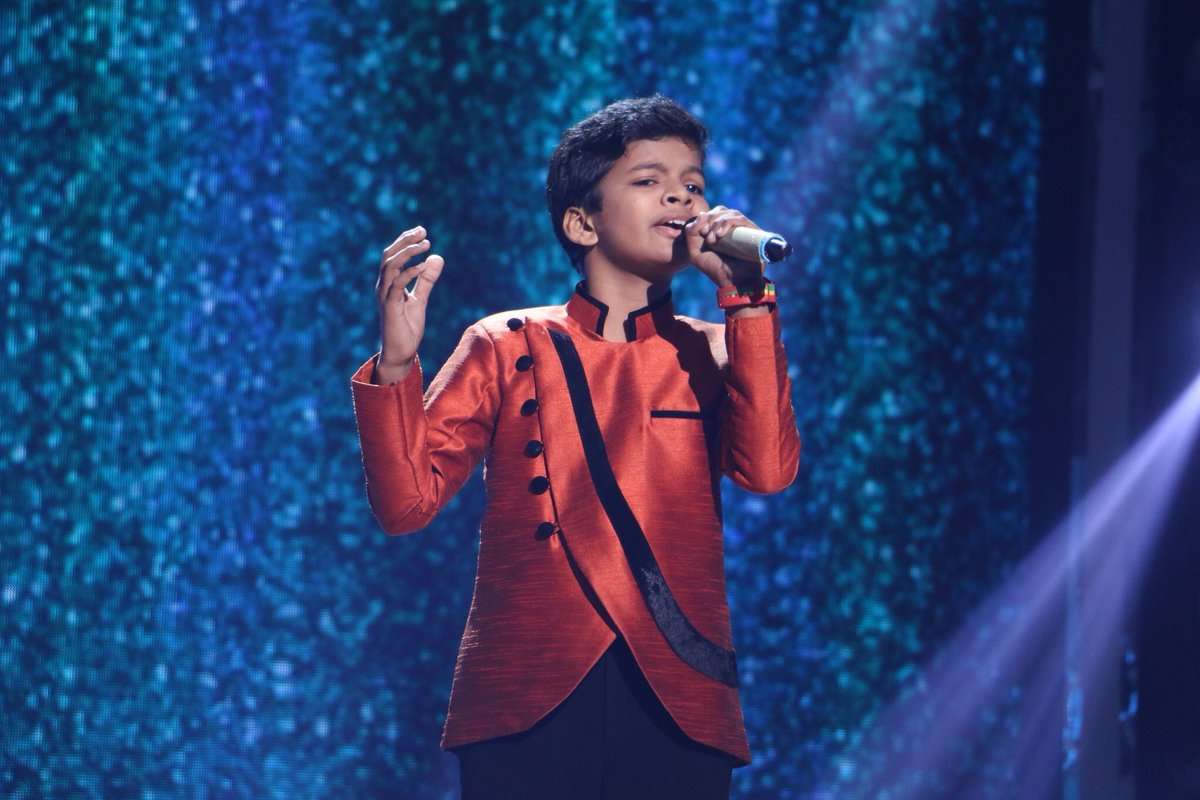 The audience, juries and judges were astonished to see the performance Satyajit at this little age, who stunned everyone by singing the ghazal ‘Mein hawa hun kahan watan mera…’, challenged by Hamsika Iyer, one of the juries at Li’l Champs, India’s biggest singing reality show.

“Last time I had urged the audience to pray for you and you had also promised to give your best performance next time. And you did it. This is important that you kept your commitment what you said. You proved that this is your the best performance till date,” said Himesh Reshammiya.

“It was not expected from you that you will sing a ghazal, which was difficult to perform. And you performed so well that all the wishes are for you Satyajit. I am so happy and from my side standing ovation for you once again,” Neha Kakkar told giving a standing ovation to Satyajit with clapping.

“It is a very tough song. You sang it with easiness,” said Javed Ali.

With receiving applause from the juries and judges, he scored 100%.

The show witnessed third degree challenge by the juries to the contestants at episode 31 aired last night. Each was given a task to sing a song out of his/her comfort zone.

As per the juries’ scores on the basis of performance by top five performers of the show — Yumna, Sonakshi, Shanmukhapriya M, Riya Biswas and Satyajit Jena with 100%, three judges — Himesh, Neha and Javed — announced Satyajit as the Amul epic performer of the day.

Satyajit received a gift hamper of tasty Amul products for becoming the Amul epic performer of the day.

Notably, the performance of 12-year-old boy from Odisha’s Keonjhar district was disappointing at episode 29 aired on June 4. He had scored only 90.3%.