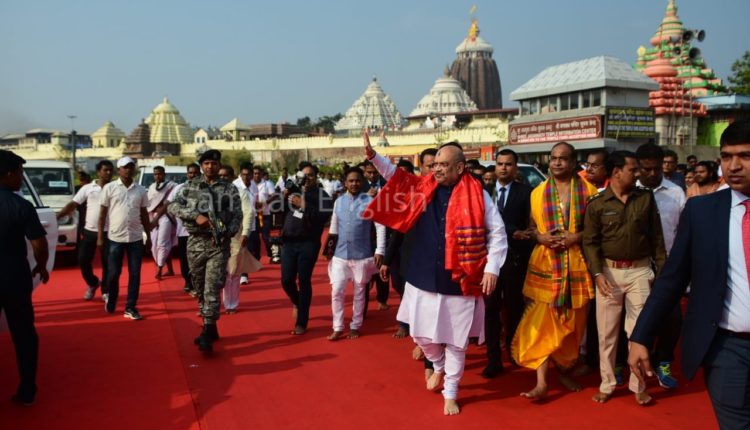 After having darshan at Puri Srimandir, he is scheduled to visit the Lingaraj Temple in Bhubaneswar today to pay obeisance to Lord Shiva .

During his two-day tour in Odisha, Shah travelled to the pilgrim town Puri yesterday after attending the Eastern Zonal Council meeting at Mayfair Hotel and addressing a public rally on CAA at Janata Maidan in Bhubaneswar.