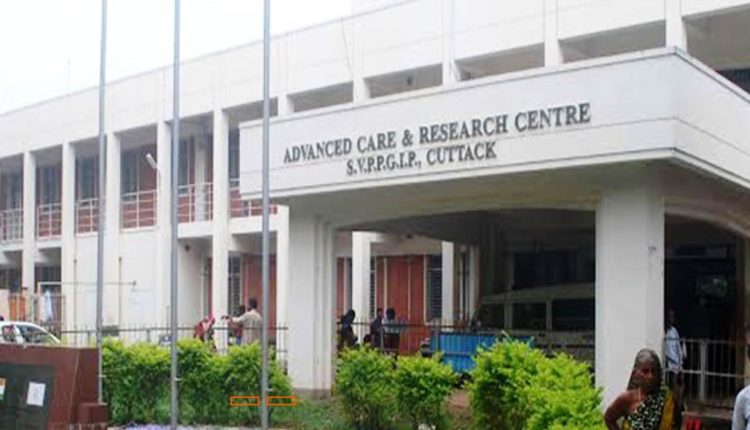 Cuttack: In a rare incident, a baby was born with intestines and liver outside body. The newborn has been admitted to the Sardar Vallabhbhai Patel Post Graduate Institute of Paediatrics, popularly known as Sishu Bhawan, in Cuttack for treatment.

A special team of doctors has been formed to save the infant, sources informed.

According to reports, a woman namely Sujata Gouda, a resident of Kulada village in Ganjam district, had delivered a baby boy at the MKCG Medical College & Hospital in Berhampur in wee hours of Saturday. As the newborn’s health condition deteriorated, the infant was referred to the SCB Medical College & Hospital in Cuttack. Later, the baby was shifted to the Sishu Bhawan on Sunday.

The medical science terms the case as ‘Omphalocele’, which is a birth defect of the abdominal wall. In such case, the infant’s intestines, liver or other organs are found outside the body at birth.

According to paediatricians, some babies are born with omphalocele due to a change in their genes or chromosomes during pregnancy of mother. It is caused by a combination of genes and other factors such as the things mother comes in contact with an environment or foods or certain medicines she uses during pregnancy.

In such case, baby could be saved by putting back the intestines and liver inside the belly through surgery. If the omphalocele is large, the repair might be done in phases. The exposed organs might be covered with a special material and over the time, the organs will be moved back into the belly and the opening will be closed slowly.

As the intestines have come out of the stomach, the possibility remains high to get infected. If not being given medicines intime, the life of newborn will be at a greater risk, said a senior doctor in Sishu Bhawan.