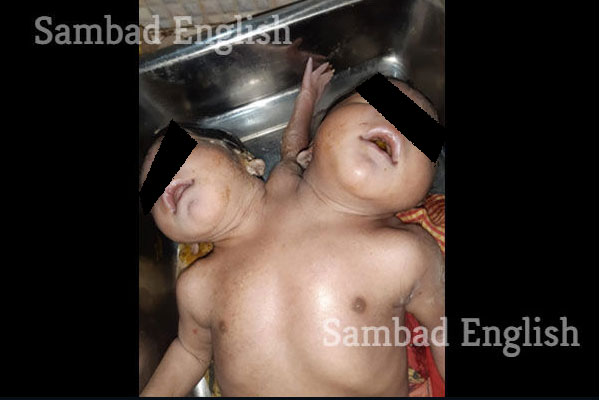 Pediatric Consultant of DHH, Kendrapara, Debasish Sahu said the conjoined twins are rare congenital anomaly and are joined at chest and abdomen. Their condition is stable at present.
After ultrasound of the twins, details of the abnormality will be known, he added.

“We are referring the conjoined twins to the Sishu Bhawan in Cuttack. Like Jaga-Kalia conjoined twins, the present case is one of the varieties of the congenital anomaly,” the Doctor said.

In 2015, Jaga-Kalia conjoined twins from Odisha’s Kandhamal district were fused at the head since their birth. After the Odisha government intervened and announced to fund for a separation surgery of the conjoined twins when media highlighted their plight, a team of Doctors of AIIMS, New Delhi conducted the country’s first Craniopagus surgery. The team of Doctors performed the surgery for 45 hours in phases from August to October in 2017 to separate Jaga and Kalia.

Later Kalia, one of the separated conjoined twins died at the SCB hospital in Cuttack during his treatment in November last year.