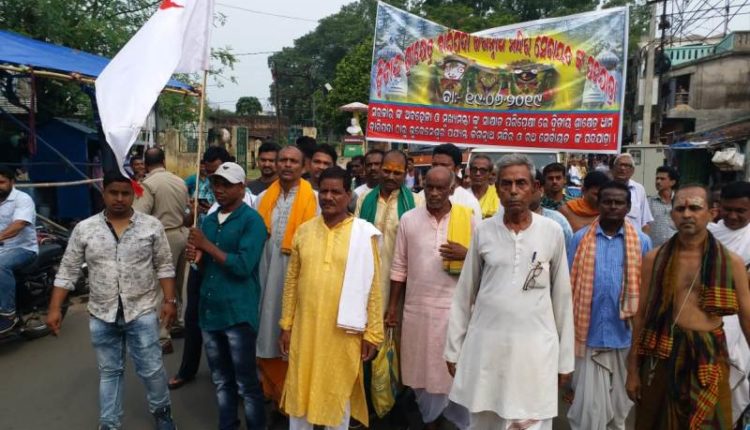 The servitors took out the padayatra from Baripada towards Bhubaneswar to press 8-point charter of demands for the development of the famous shrine, which is known as the second Srikhetra of Odisha.

Earlier, the servitors had approached the concerned minister and the CM about various issues related to the temple, but went in vain.

The padayatra is likely to halt the construction of chariots as the Maharana servitors of Baripada Jagannath temple have also participated in the rally.