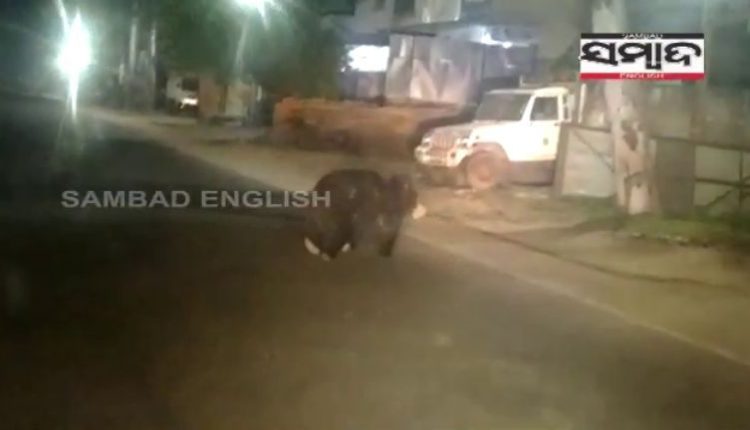 Bhubaneswar: Panic gripped the residents of Khariar Road town after a female bear along with two cubs was spotted in the ward no 19 this evening. The three bears roamed around the NH 353 and town for around two hours, said reports.

At around 8 pm today, residents of ward no-19 initially spotted the bears and informed the Forest department officials.

Till the last report came in, the Forest officials went to the town and launched an operation to drive back the wild animals.