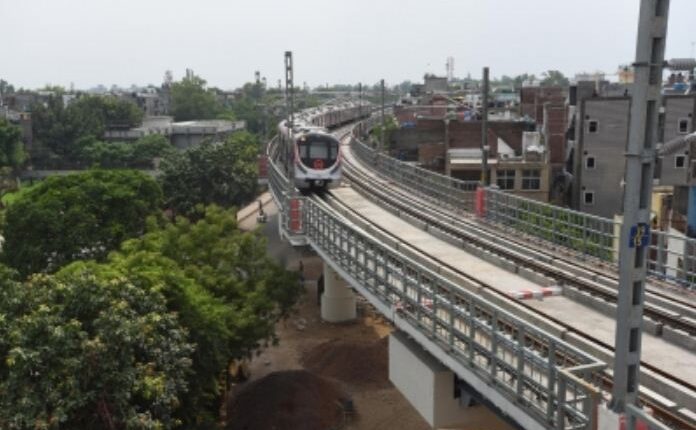 New Delhi: Public transport, including the Delhi Transport Corporation (DTC) buses and the Delhi Metro, were operational on Monday despite the Bharat Bandh called by the Bharatiya Kisan Union (BKU).

Besides the metro trains and buses, auto rickshaws and other mode of public and private transports were also operational in the national capital.

The security at metro stations have been heightened, however, there was no announcement on train services being suspended.

BKU, which is an umbrella of over 40 farmer unions have called for the 10-hour Bharat Bandh from 6 a.m. to 4 p.m, to continue their protest against the three contentious farm bills.

The farm union chose September 27 for the Bharat Bandh call because on this date last year, the three bills were brought into force.

The farm unions have decided to observe the day as black day.

As per the BKU’s official statement issued Sunday evening, farm unions along with their supporters, including trade unions, have decided to extend their support for the protest.

They have decided to shut markets, except some emergency services.

According to the BKU, apart from trade unions, political parties, six state governments and varied sections of the society have also extended their support.

Farm union have announced that they would close all the borders connecting to the national capital.

Farmer have been sitting on protest at three borders of Delhi-Singhu, Tikri and Ghazipur since November 2020.

Meanwhile, the Central Trade Unions have decided to stage a protest at Jantar Mantar to show of solidarity to the farm unions.