Big jolt to India on opening day of 2nd Test against NZ; 3 players ruled out due to niggles 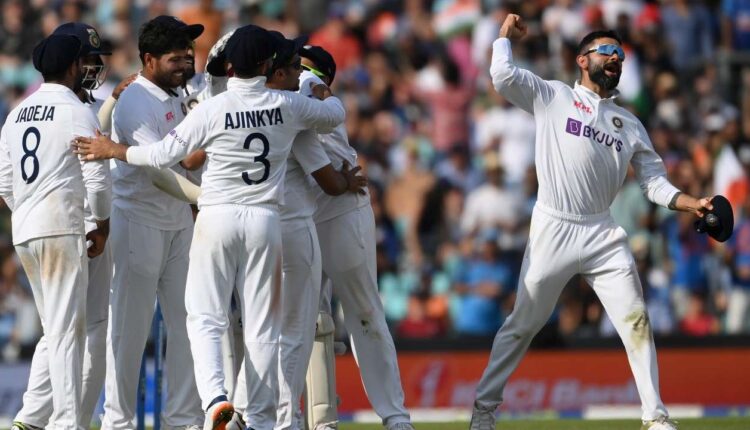 Mumbai: India suffered a big setback on the opening day of the second Test against New Zealand on Friday with three players — senior pacer Ishant Sharma, vice-captain Ajinkya Rahane and all-rounder Ravendra Jadeja — being ruled out with niggles.

As the start of the match was delayed by wet ground conditions caused by rains on Wednesday and Thursday, the BCCI put out the news that three senior players will not be available for the match.

Sharma is out with a dislocated left little finger, Jadeja has a right forearm injury while Rahane has a slight left hamstring strain — all three getting hurt during the final day of the first Test at Kanpur, BCCI secretary Jay Shah informed in a release on Friday.

“Fast bowler Ishant Sharma dislocated his left little finger during the final day of the 1st Test match in Kanpur. He is thus ruled out of the 2nd Test in Mumbai. The BCCI medical team will continue to monitor his progress,” the release said.

Regarding Jadeja, he said, “All-rounder Ravindra Jadeja suffered a right forearm injury during the 1st Test match in Kanpur. After undergoing scans, he was diagnosed with a swelling on his forearm. He has been advised rest and is thus ruled out of the 2nd Test in Mumbai.”

The release went on to say that, “Ajinkya Rahane sustained a minor left hamstring strain while fielding on the final day of the 1st Test match in Kanpur. Since he has not recovered completely, he has been ruled out of the 2nd Test in Mumbai. His progress will be closely monitored by the BCCI medical team.”

The release puts to rest speculation of likely tough selection calls being taken by the team management in the wake of below-par performances from Ishant Sharma and Ajinkya Rahane in the opening Test at Kanpur.

The absence of the trio has thus paved the way for the likes of Mohammed Siraj and Shreyas Iyer to make it to the playing XI. Mumbai batsman Suryakumar Yadav or Jayant Yadav, who struck a century in the last match that India played at the Wankhede, could replace Jadeja.

Google delays return to office from Jan 10 amid Omicron threat