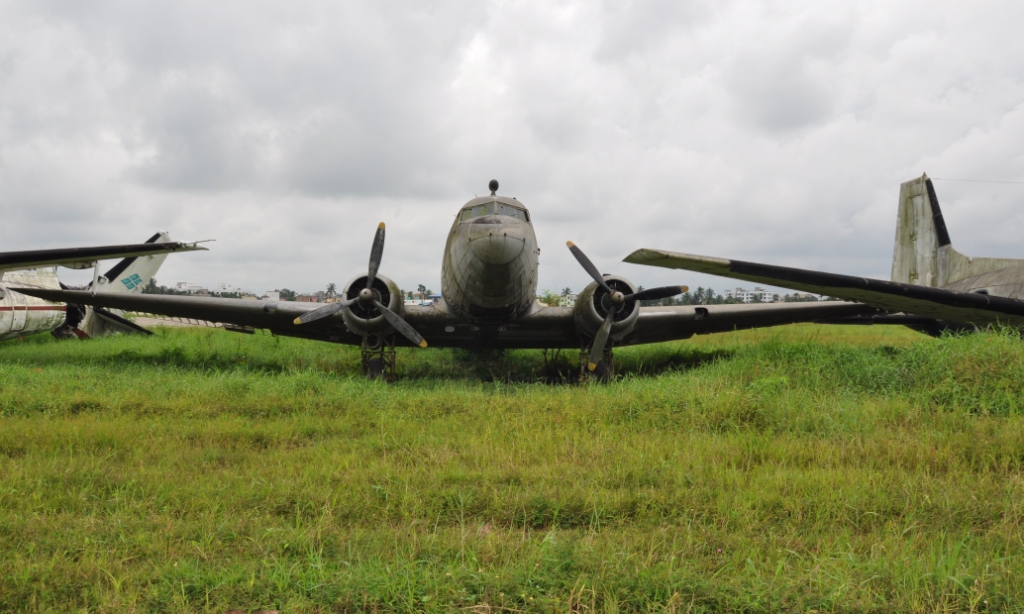 Kolkata: A Dakota aircraft, presumably the same one flown by Biju Patnaik to Java in Indonesia to rescue the country’s then prime minister Sutan Sjahrir and vice president Mohammad Hatta on July 21, 1947, is expected to be dismantled and taken to Bhubaneswar in Odisha by the end of this year.

The aircraft is now lying in a state of disrepair at the Netaji Subhas Chandra Bose International (NSCBI) Airport in Kolkata. The government of Odisha has floated a tender to engage an agency that will dismantle the Dakota and transport it by road to Bhubaneswar where it will be put together and displayed after necessary repairs and a fresh coat of paint at a prominent location.

“The aircraft means a lot to us. Biju Patnaik means a lot to the people of Odisha. The process was delayed due to the Covid-19 pandemic. The tendering process is now on and we expect the aircraft to arrive by the end of this year. We have already received necessary clearances from the Directorate General of Commercial Aviation (DGCA) and Airports Authority of India (AAI). Some security clearances will be required on the ground for the team that dismantles the aircraft as it is parked close to the taxiways of Kolkata airport.

“The work will also have to be carried out carefully, so as not to disrupt any services at the busy airport. Space for the aircraft has already been selected in Bhubaneswar. We will create a base for it there. Once the portions arrive, some time will be required to carry out structural repairs before reassembly. The aircraft will then be painted,” a senior official of the Odisha government said.

Biju Patnaik, father of present Odisha chief minister Navin Patnaik, was a towering figure in Indian politics. At 6’2″, he was actually an imposing figure. An ace pilot, Biju Patnaik is considered by some as a maverick.

Despite having enrolled with the Royal Indian Air Force, he clandestinely flew Indian freedom fighters from one location to another. He is also said to have dropped leaflets on Indian soldiers of the British Indian Army, asking them to revolt. Later, Biju Patnaik set up Kalinga Airlines with his fleet of Dakotas. This was ultimately merged with Indian Airlines.

“Probably, his greatest moment came in 1947 after the Dutch attempted to recapture Indonesia. Biju Patnaik was asked by Jawaharlal Nehru to fly to Java and bring out Sjahrir and Hatta so they may inform the world about the situation in their country. Biju Patnaik and his wife Gyan Devi (an accomplished pilot herself) did just that. It is said that the Dutch warned him and said that his aircraft would be shot down. The Dutch had actually shot down a Dakota with a number of Indonesian leaders on board before that. Biju Patnaik is said to have calmly responded that if his aircraft was brought down, no Dutch flights would be able to fly across India safely. The Dutch not only allowed him to land in Java but also leave with Sjahrir and Hatta. Since then, Biju Patnaik became a legend in Indonesia. He was also a personal friend of the country’s first president Sukarno,” an official in New Delhi said.

Biju Patnaik refused to accept gifts of land and a palatial building from the Indonesian government. However, the Indonesian government did declare him a ‘Bhoomi Putra’. His relationship with Sukarno continued and it was he who named the Indonesian premier’s daughter as Megawati Sukarnoputri. Its another matter altogether that Sukarno forgot all this and offered to help Pakistan during the 1965 Indo-Pak War by sending its naval ships to capture the Andaman and Nicobar Islands. India’s naval force in that area at that time was negligence while Indonesia had a strong Navy with 12 submarines.

Returning to the present, Biju Patnaik’s Dakota at NSCBI Airport has undergone much wear and tear. In recent times, Cyclone Amphan caused some damage to the outer shell. It is high time that the Dakota gets the respect it deserves.

Role of Supreme Court in stemming rising communalism in India