While Mayor Ananta Narayan Jena has been appointed as party’s Bhubaneswar organisational district president, ex-MLA Debasish Samantaray named as the chief of Cuttack district.  Besides, Kashinath Hembrum and Sudam Marndi have been named the presidents Mayurbhanj Sadar and Mayurbhanj, respectively. 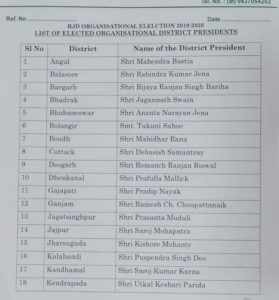 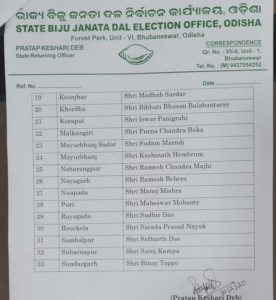