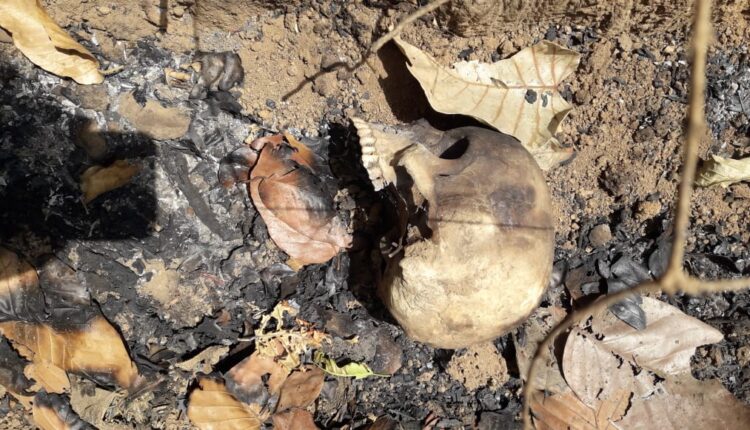 Sundargarh: The District Police has launched an investigation with the help of scientific team members at the Singaribahal reserve forest where three decomposed bodies including a child were recovered today morning.

Police official sources said circumstantial evidence shows the three persons were killed in a pre-planned way and the bodies were disposed off in an isolated place near Jamajharia stream in the forest.

It seems the two unidentified youth and one child were murdered five or six days back as the bodies have decomposed largely, the police official sources added.

The body of one of the two youth was found hanging from a tree with a gamuchha (towel) whereas the other youth was found wrapped in a plastic mat. Legs of the body that was hanging had been inside water and the youth was wearing a half pant.

The skull of the child was recovered from a pit dug up by the Forest Department for plantation, around 100 metres away from the main road.

Identity of the child could not be established till filing of this report.