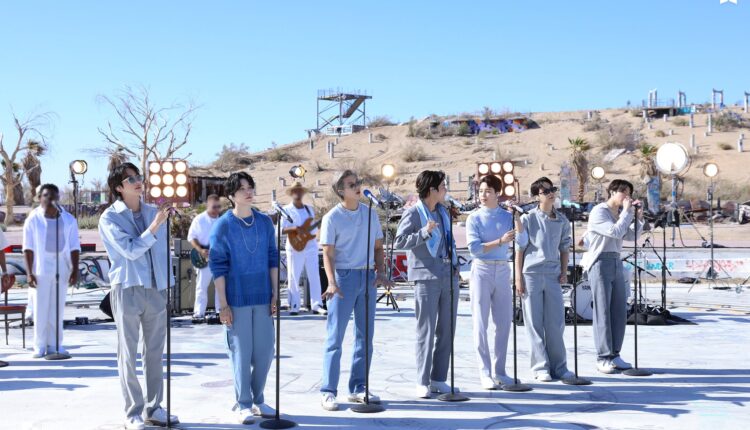 Los Angeles: Popular K-pop band BTS’ new compilation album ‘Proof’ has granted the powerhouse their sixth No. 1 album to debut atop the Billboard 200 chart, despite their upcoming break.

According to ‘Variety’, four days before ‘Proof’ dropped, the group announced they would be taking a break to focus on their solo careers.

That news had little impact on the Army, however, as ‘Proof’ opened at No. 1 on the album chart (dated June 25), with the equivalent of 314,000 sales in the US, according to Billboard via Luminate.

A large part of that unit figure was motivated by CD album sales, which included an extra 13 tracks as opposed to the digital download and streaming album.

The album, released June 10, is a three-disc compilation with a large majority of its contents being previously released material.

On the same chart, Harry Styles’ ‘As It Was’ bounced back for a 10th week at No. 1, while Joji’s ‘Glimpse of Us’ and Bad Bunny’s ‘Efecto’ made their debut in the tier.

SZA’s ‘Ctrl’ jumped from No. 35 to No. 9 on the 200 chart, following the album’s fifth-anniversary deluxe reissue (released June 10) which added seven previously unreleased songs to the 14-track album.

Morgan Wallen’s ‘Dangerous: The Double Album’ is still at No. 6, Kendrick Lamar’s ‘Mr. Morale & The Big Steppers’ slides 5-7 and Olivia Rodrigo’s aSour’ remains at No. 8.

Carrie Underwood also earned her 10th consecutive top 10 album on the Billboard 200 with her new studio release ‘Denim & Rhinestones'” It closes the Billboard 200 chart at No. 10 with 31,000 equivalent album units earned.

Jack Harlow’s ‘First Class’ remains in the No. 2 spot on the chart, after three non-consecutive weeks at No. 1 while Future’s ‘Wait For U’, featuring Drake and Tems, is steady at No. 3.