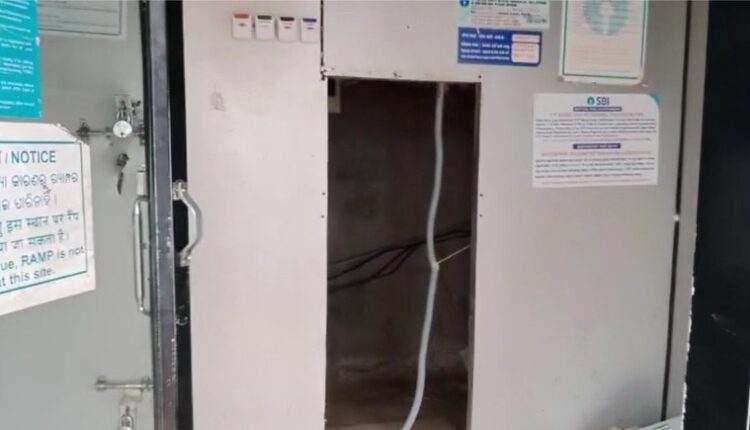 Bhubaneswar: Unidentified miscreants uprooted an automated teller machine (ATM) and later decamped with lakh of rupees from it in Indira Housing Colony from Sisupalgarh area here in wee hours today.

Reportedly, the miscreants barged inside the kiosk of State Bank of India (SBI) and destroyed the CCTV installed inside it. They later decamped with the cash dispensing machine weighing around 3 quintal.

Sources said the ATM had around Rs 25 lakh cash inside it.

On receiving information, Dhauli police reached the spot and initiated an inquiry. Hours later, the cops found the teller machine abandoned in an isolated place, few metres away from the kisko. However, the looters had dismantled the machine  before decamping with the cash from it.

Meanwhile, local residents have raised questions on alertness of police in the locality.

“ The ATM is located on the main road, near a school. The kiosk had no guard. It must be a pre-planned act by the looters,” said a local.

CBI to check CCTV of SSR’s building for…