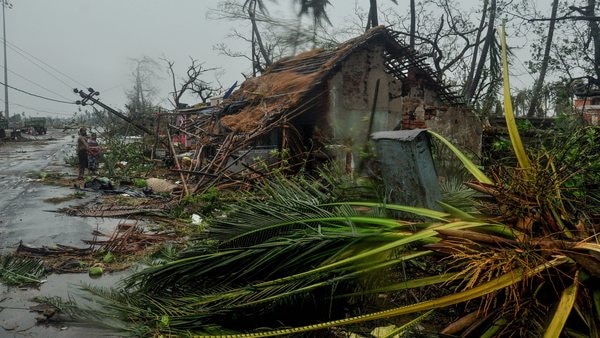 New Delhi: The Centre has sanctioned Rs 4,679.09 crore assistance to Odisha to carry out relief and restoration work in Cyclone Fani-affected districts in 2019. This was revealed by Minister of State for Home Affairs Nityanand Rai in Lok Sabha today.

Following Prime Minister Narendra Modi’s visit to Odisha, additional Rs 1,000 crore was given to the State, the Union Minister informed.

In the meantime, the Centre formed an inter-ministerial central team which visited the State twice to assess the damages. On basis of a report submitted by the team, the Centre granted an additional assistance of Rs 3,338.22 crore from National Disaster Response Fund (NDRF) for Cyclone Fani affected areas of the State, Rai said.

Oram had asked about the Central assistance given to Odisha government for Cyclone Fani restoration work.

Raising the similar issues in Lok Sabha, Puri MP Pinaki Mishra said the State is prone to natural calamities and has suffered a huge loss due to cyclones.

This apart, in Lok Sabha, Union Minister of State for Home Affairs, G. Kishan Reddy in a written reply to a question on the cyclone ‘Bulbul’ and the details of losses and persons killed, said Rs 447.52 crore has been provided to Odisha as on April 1, 2019.

The Union Minister added during the year 2019-20 the central share amounting to Rs 552 crore has already been released under SDRF to Odisha.