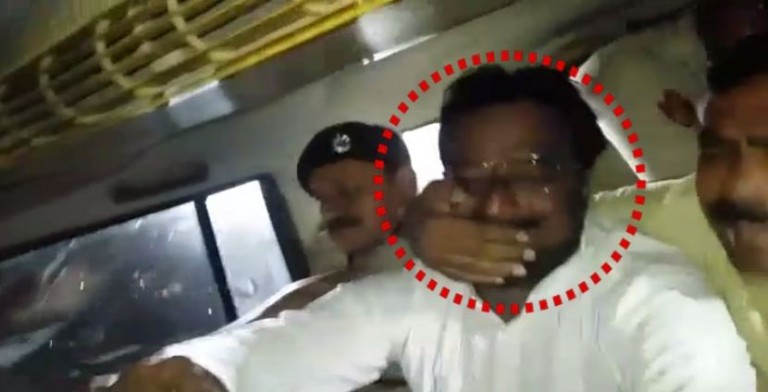 Bhubaneswar DCP Satyabrata Bhoi said a constable and a havildar have been suspended on charges of dereliction of duty for not adhering to SOP and not wearing the uniform while on duty as well.

“We have a SOP which is to be followed while escorting an accused person. An accused person cannot speak to anyone. There should not be any law and order situation or breach of security. A havildar and a constable have been suspended in this connection. They were not in proper uniform and they had not followed SOP,” informed DCP Satyabrata Bhoi to reporters here today.

It may be mentioned here that on Monday while Sethy was being escorted to the court he had made a startling disclosure to reporters that two Ministers of the state had pocketed hefty amounts from the AT Group.

He had told that he couldn’t disclose their names since the matter was under investigation while adding that he had already told the police, CBI and Enforcement Directorate (ED) about them. He further said that he would also reveal about them to the officials of the Serious Fraud Investigation Office (SFIO).

Notably, the Special CBI Court has recently directed SFIO to interrogate Sethy and four others and submit a report within a month.