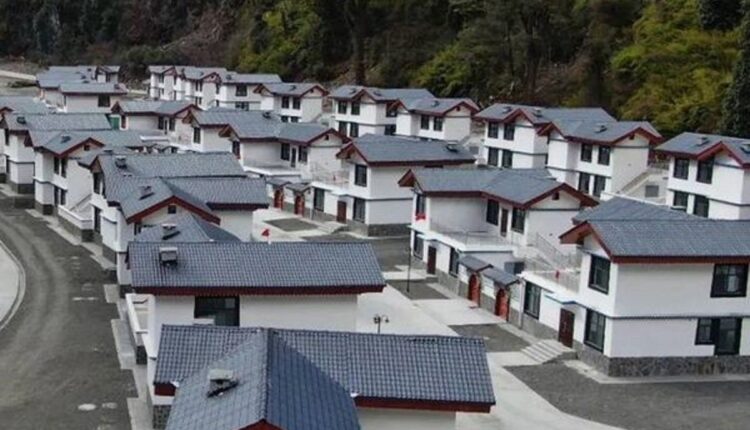 Gandhinagar: In a shocking revelation, the Advisory Board of the Global Counter-Terrorism Council has informed that China has built 680 ‘Xiaokang’ (prosperous or thriving villages) along its border with India.

These villages are meant to lure the Indian villagers towards a better Chinese life, are also supposed to serve as additional eyes and ears for Beijing.

“China has built around 680 Xiaokang, which they call as ‘well off’ villages on our borders with them, and Bhutan borders. These villages are inhabited by their people who come and live in and impress the local Indian population how well off they are with the Chinese government.

“These are intelligence operations, security operations from their side. They try to ‘turn people anti-India’. So we are training our police personnel, regarding these attempts and sensitize them on how to counter their moves,” Krishan Varma, a member of the Advisory Board to the Global Counter Terrorism Council told the IANS.

Varma, a former special secretary with the Government of India (GoI), was at the Rashtriya Raksha University (RRU) in Gandhinagar on Friday in a program marking the end of a 12-day specialised training programme for 16 probationary Deputy Superintendents (DySP) of Arunachal Pradesh police at RRU. He’s also the Emeritus Resource Faculty, School of International Cooperation, Security and Strategic Languages with Media at RRU.

“So the RRU has designed a special tailor-made course for the Arunachal Pradesh police, so as to counter the Chinese attempts of infiltration. The RRU designed program is specific to the needs of the northeastern state and was created in consultation with Arunachal Pradesh DGP RP Upadhyaya, who had visited Gujarat two months ago,” said Varma.

The RRU sessions trained the personnel not only in forensics and investigation techniques but also provided an introduction to the dark web, cybercrime and crime scene management, internet banking, fraud, fake news detection, Chinese and internal security challenges for police officers in the northeast.

“They (Chinese) are very advanced in the field of technology, especially the internet and social media. They are using social networking sites to mislead the people of India, to spread false narratives. So we taught them these. The northeastern border areas are very sensitive and it’s absolutely necessary for them to know about such attempts of subversion,” added Varma.

“We are also teaching them the Mandarin (Chinese language) as the persons infiltrating speak it. The university has designed a one-year course which gives a basic knowledge of the language. In future the RRU has also plans, under the able guidance of Prime Minister Narendra Modi, of coming up with five years course of Masters, where they’ll understand their culture, history, their needs, habits, their policies,” added Varma.