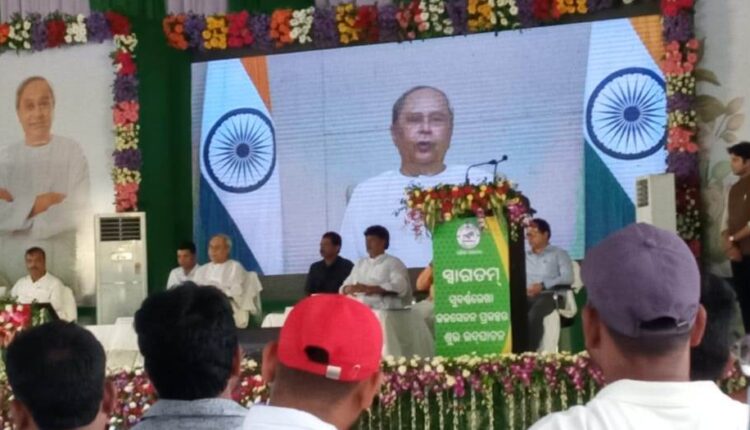 The Chief Minister reached Tikiripada of Rasagobindpur block in Mayurbhanj in a chopper and inaugurated the two projects. He also addressed a public meeting on the occasion.

“I pay respect to the land of Pandit Raghunath Murmu. Mayurbhanj is well-known across the country for its art and culture. Droupadi Murmu, a daughter of Mayurbhanj, has made all Odias proud by becoming the President of India. I am extremely happy to launch two irrigation projects in Mayurbhanj today. The farmers of the district will be immensely benefitted by the two projects,” said the Chief Minister.

Patnaik also greeted people on the occasion of 75th years of India’s independence and claimed that Mayurbhanj has contributed much for development of Odisha.

Subarnarekha irrigation project, built at an expenditure of Rs 685 crore, can irrigate 17,121 hectare farm land in the two districts. Around 55,000 farmers will be benefitted by the project.

Similarly, Deo irrigation project, constructed with an expenditure of Rs 823 crore, can irrigate 9,900 hectare agricultural land. Around 2 lakh people of 100 villages in Mayurbhanj and Keonjhar district will be benefitted by the project.